Cesare Prandelli’s men proved too much for Germany’s highly talented and fancied team as they failed to put pressure on Italy when they had the chance in last night’s semi-final in Warsaw.

Jogi Löw, the German coach surprised the pundits, the media and possibly the players when he included Mario Gomez and Lukas Podolski in his starting eleven. Gomez, as has been written here and elsewhere is considered too static to play against a defence such as Italy’s who defended with four or more players when Germany had the ball. Lukas Podolski simply has not had a good tournament. Therefore, the selection of Miroslav Klose, Marco Reus and Andre Schürrle for the Greece game was surprising then but paid off. It should have been the same against Italy, who were only rarely tested. Germany lacked width and wit. Instead, the way through the middle was chosen too often. Italy dealt with it splendidly. The inclusion of Toni Kroos also proved to be fatal as it was meant to block Italy’s attempt through the middle. Pirlo & Co. replied with using width, something Germany did not often enough to merit to progress to the final.

The match was a typical Italy Germany match: high tempo and chances on both sides of the pitch. Soon Germany ran out of ideas how to deal with Italy. Where Greece failed, Italy succeeded, easily. The goals came from two simple errors. The first was an individual error by Mats Hummels which allowed Antonio Cassano to cross for Balotelli who out jumped Holger Badstuber at the near post to nod home from 5 metres out. The second goal came because Germany had to push up the pitch to press Italy back. However, one diagonal cross from Riccardo Montolivo caught the whole German defence AWOL, only Phillip Lahm was near Mario Balotelli but was out sprinted. Super Mario said thank you with a thunderous strike from the edge of the box. 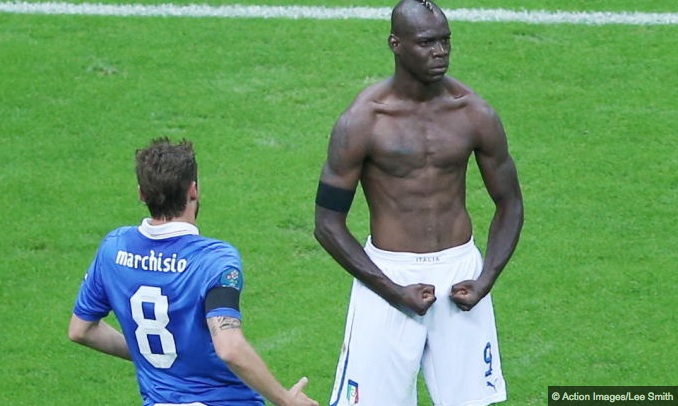 It is arguable whether Löw’s selection has been the bigger mistake on the evening than those two mentioned above. It is for sure that he will face criticism in Germany from the media and the football establishment. Germany have progressed under Löw in terms of tactical intelligence and technical abilities, yet this is certainly is not enough given Germany’s high standards and, more importantly, their expectations. Going 16 years without a trophy is not the longest in Germany but given the performances against Italy in 2006, Spain 2008 and 2010 and again yesterday, it is questionable whether this talented crop of players are indeed capable of beating the world’s best players when it matters.