Taking notes is an important tool for writers of all genres. Recently, one of my notebooks have reached its final page and it is an occasion to show some images of it.

Over the years of writing some texts have seen the light of day. Some were written spontaneously, others took a while to grow from idea to sketch to the final version. Other ideas have never made it out of my notebook. This notebook, a lined notebook from Moleskine, has come to its last page. It begins with some ideas about my time as an amateur player in France on page one and it finishes with some sketches about a crime story about my football club. This story is in a very rudimentary state and requires some literary work but the idea is there. The sketches are in German and in English, and not always on football alone. As you are aware I also write about the Anglo-German relations and history. Some of it became part of my PhD thesis. However, it has come to its final page – which I have used to do some maths for our last summer holidays – and now it is time to close it and range it on the shelf, not too far away, though. Some ideas I would like to see come to fruition. 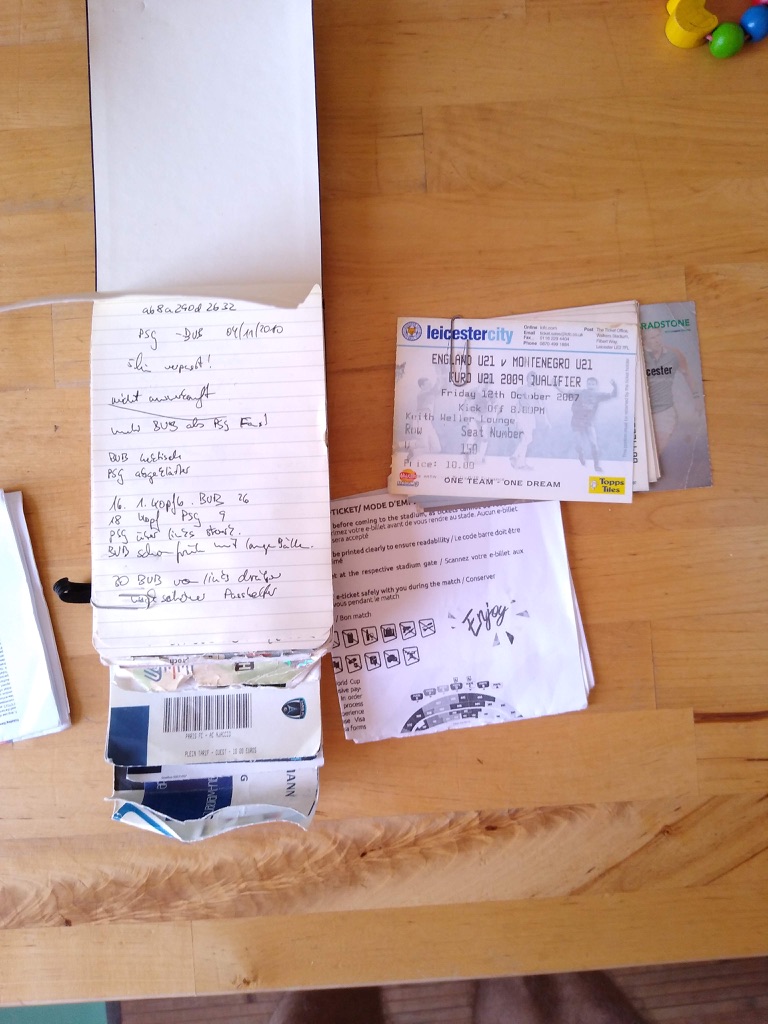 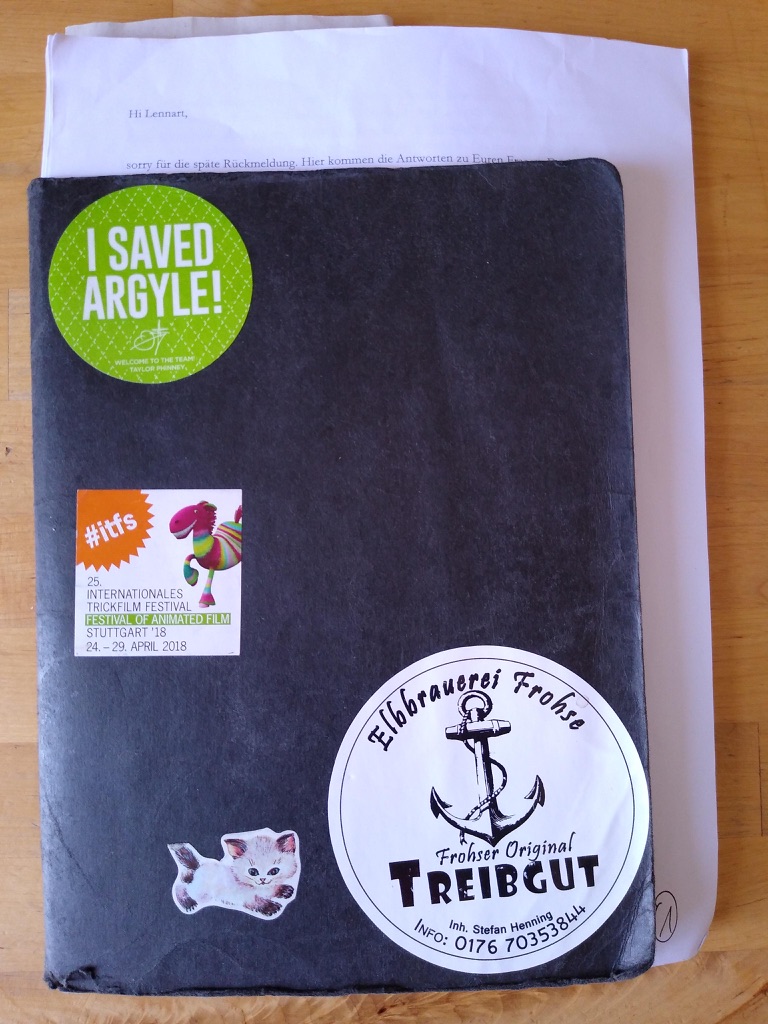 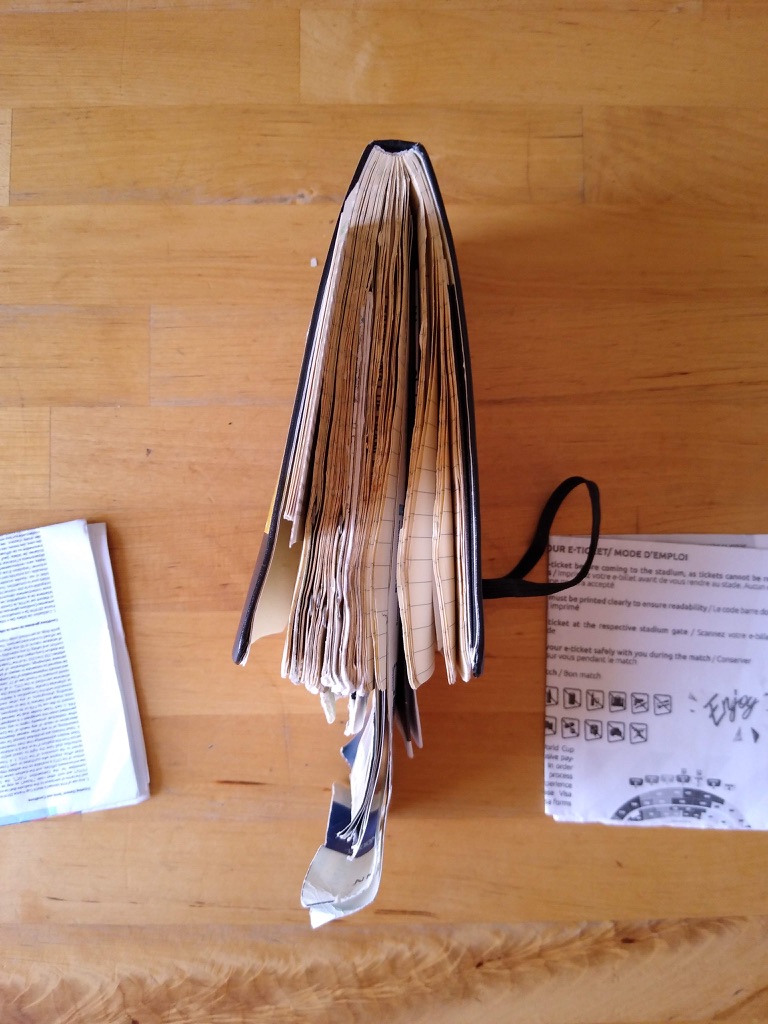 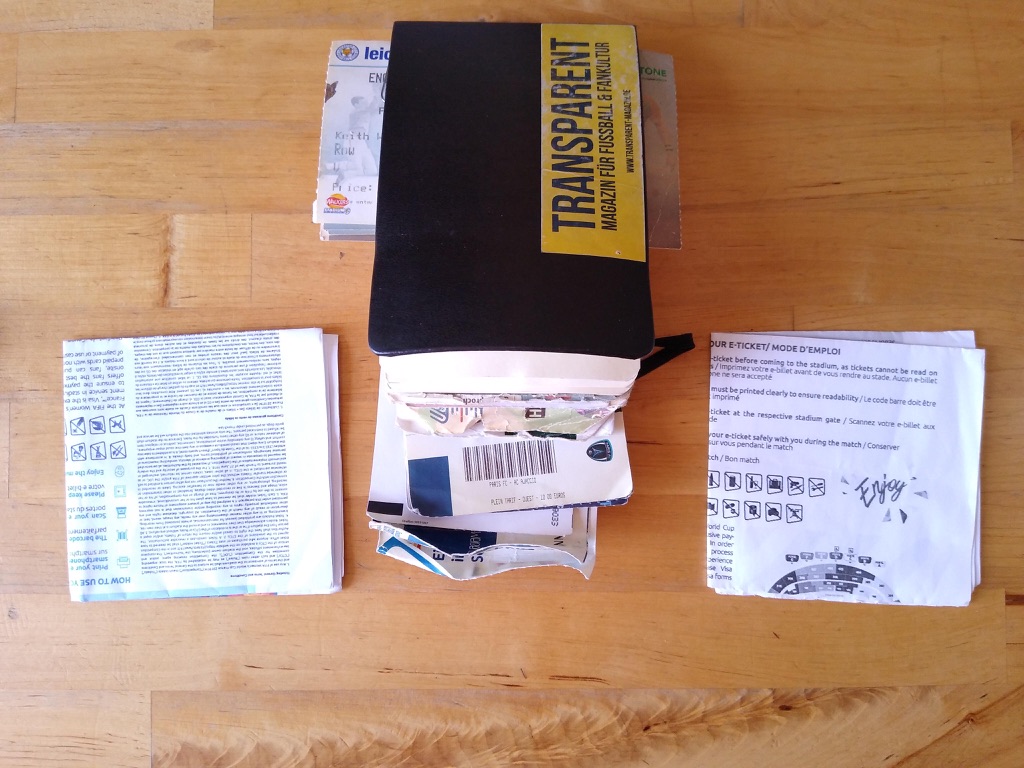 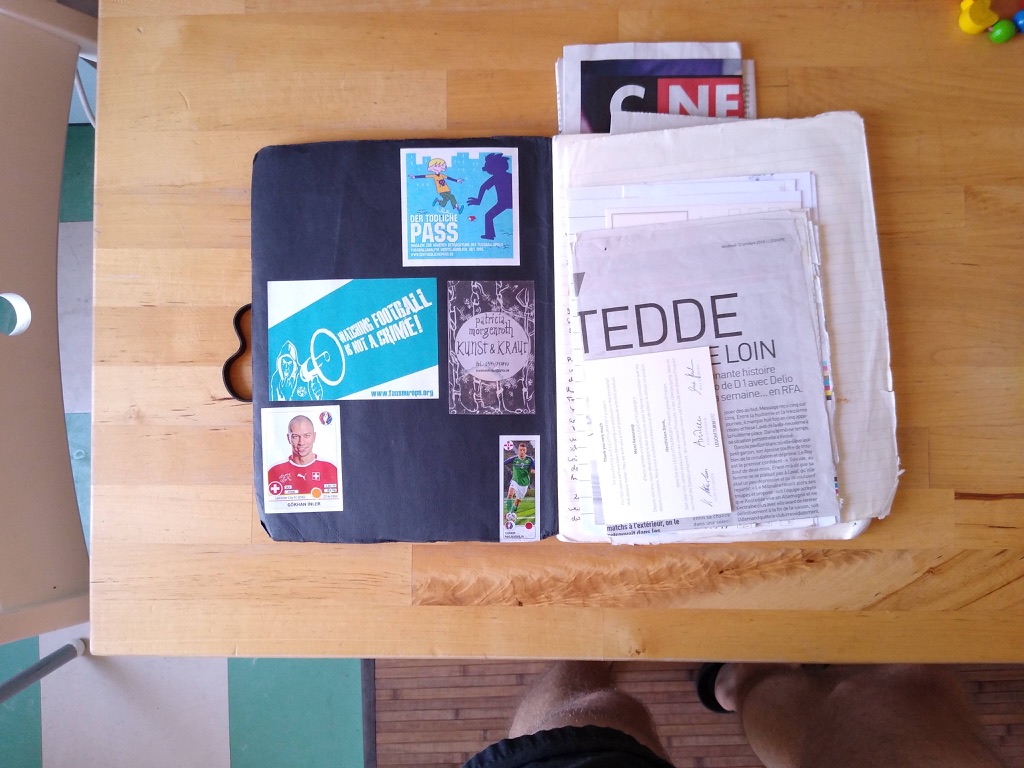 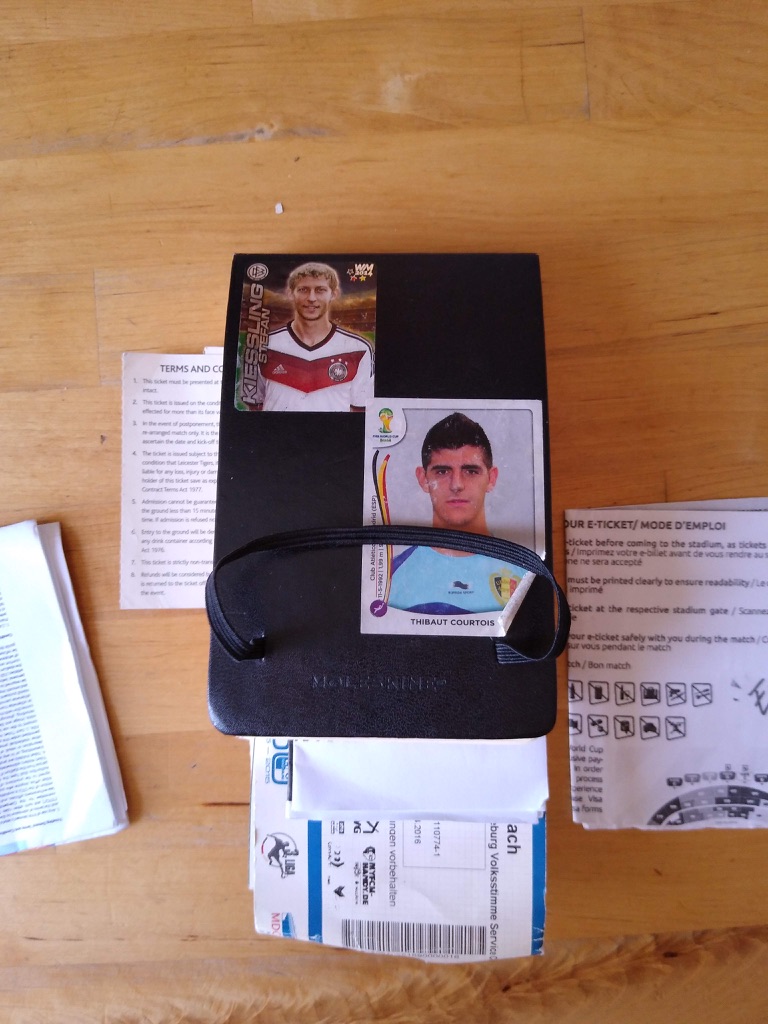 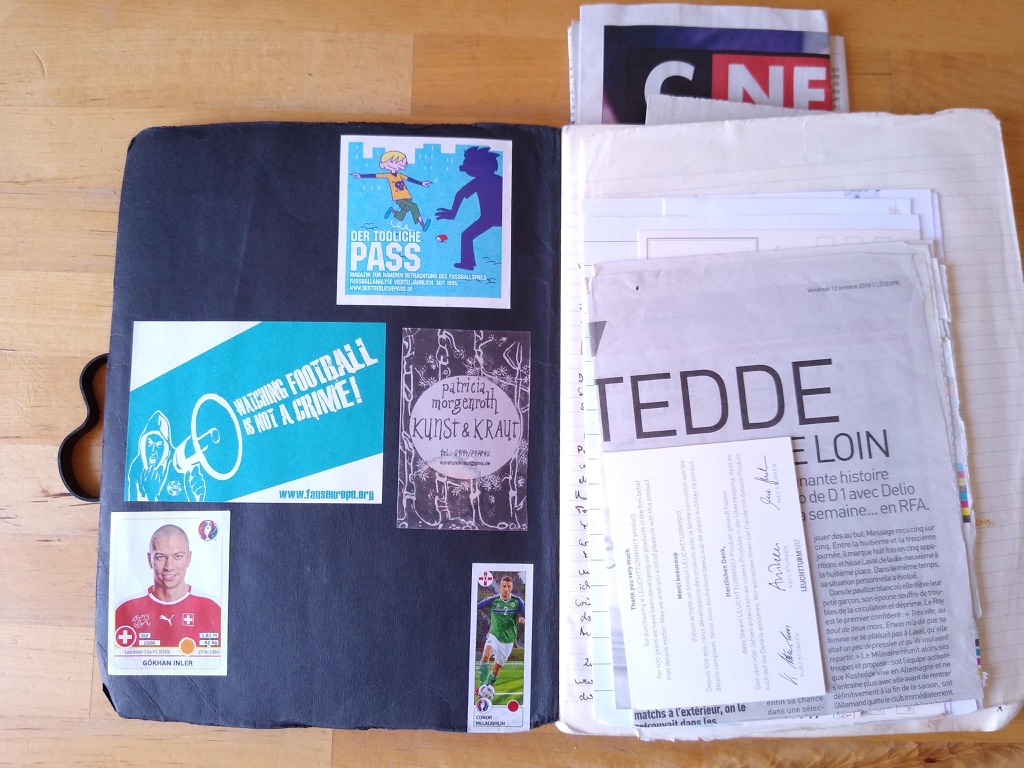 The second image portrays my sketch book, also from Moleskine. This I have used exclusively to make notes during football matches. It began with PSG’s match against Stade Rennes in September 2010 and almost nine years later, in September 2019 I closed it after Red Star’s meeting with Dunkirk. In between there are matches from Austria and Germany, but mainly in France. For instance Dortmund’s invasion of Paris and the Parc des Princes in autumn 2010 for a Europa League match. Invasion because inside the ground were just as many BVB supporters as there were PSG fans. And the away fans were much louder. There are match reports from the World Cup in France this summer, which is the biggest tournament I have visited. Interestingly, for most matches the tickets are attached to the pages of the sketch book, which provides an interesting collection and material for another text.

Disclaimer
Moleskine has NOT endorsed me to write about their products. The choice to buy these products was entirely my own.
Also on: