Some aspects of sexism seem to be attached to women’s football just as flies will hover over a pile of dog shit. This image is but one of many examples. 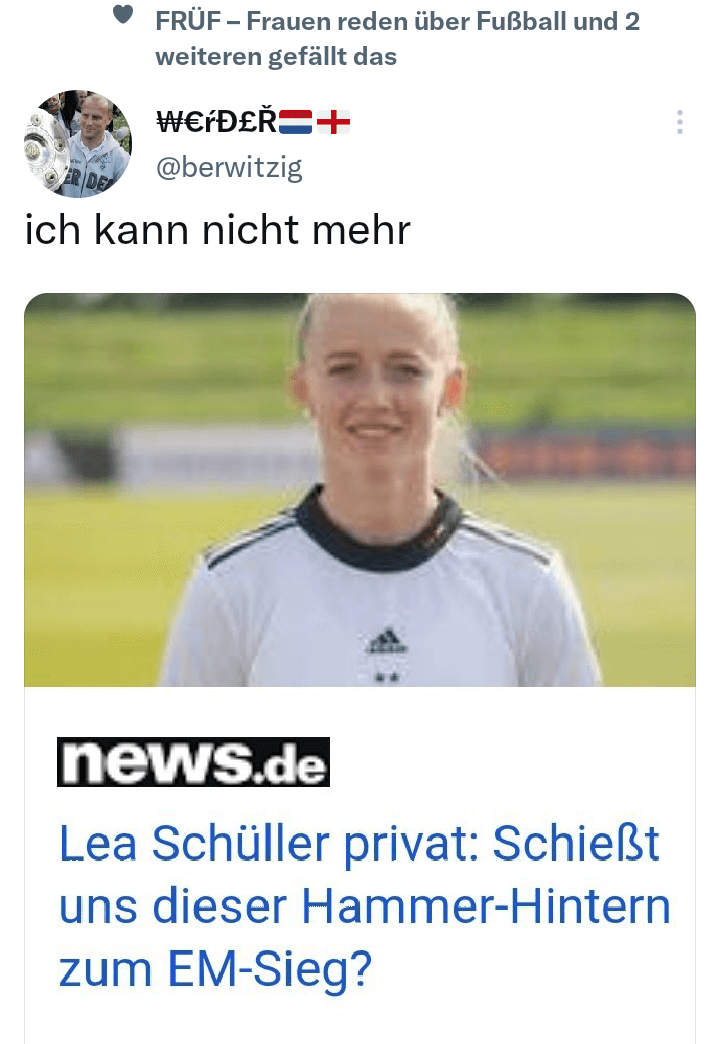 Will this hot bum shoot us to Euro glory?

It refers to the backside of the Germany international Lea Schüller. To be fair the accompanying article does not solely focus on Schüller’s physical attributes but also mentions that she intends to start what she calls ‘a normal career’ once her playing days are over.

While this may be some interesting information when contrasted with men’s football, the headline is absolutely misleading and feeds into stereotypes that appear to be long lived and difficult to overcome. No one would bother to ponder whether the sexiness of Thomas Müller’s mouth will be key to Germany’s next World Cup triumph.

Go to top
Good writing does not come by chance, so consider a little tip: