There are things which regardless of how often you try, will never work, you will always fail. Rico Schmitt, the coach of SV Meppen must have felt as though he is living a groundhog day when he faced FC Magdeburg. The away side went home with three points in the bag and hosts made long faces. 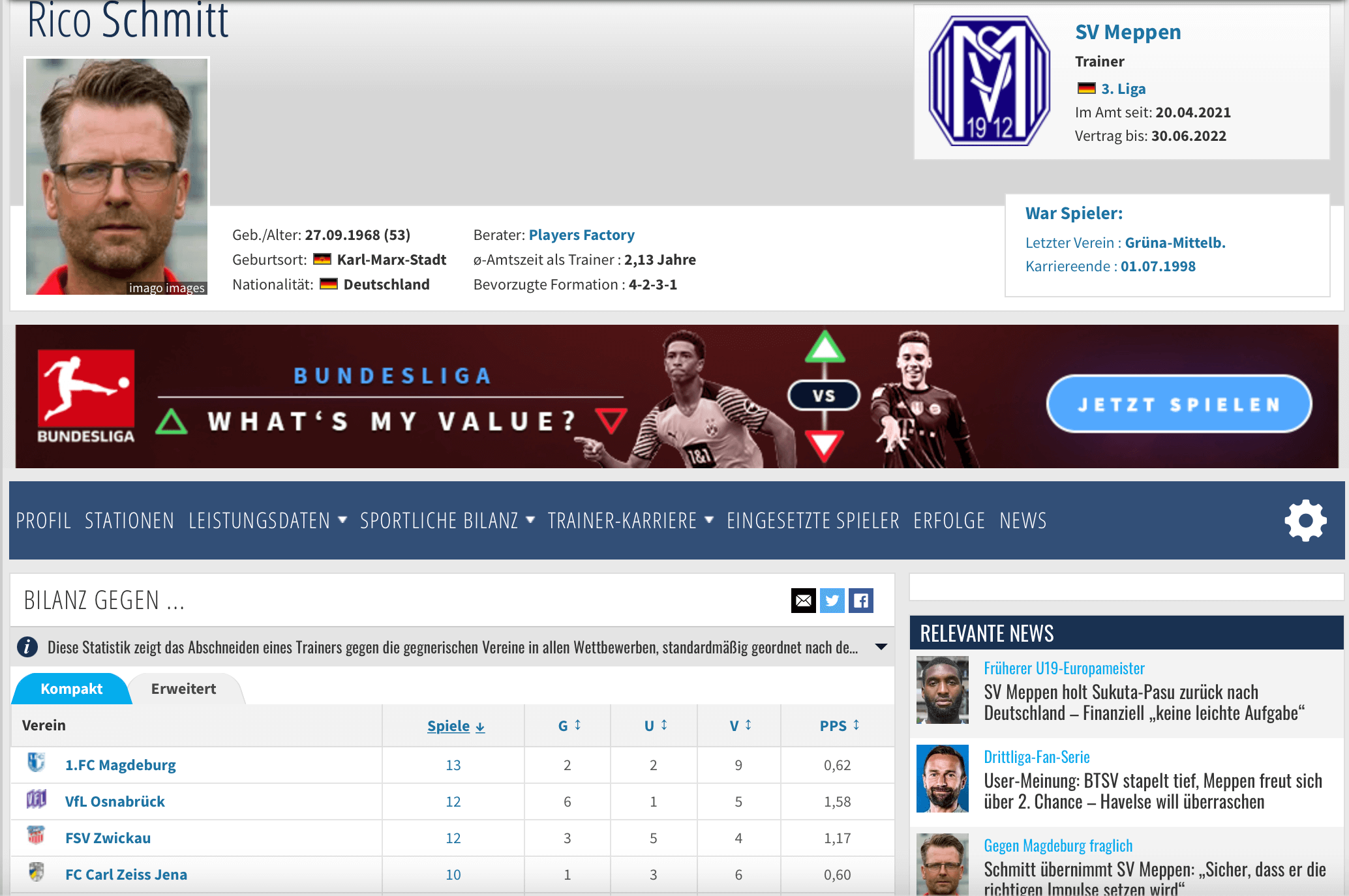 This is not a recent phenomenon; thirteen games and only two wins are a clear sign that Schmitt simply knows not how to beat Magdeburg with his teams. Among this list are those famous two games in late May and early June 2015 during the play-offs against Kickers Offenbach.

October 2021 and the picture is the same: Magdeburg take the three points from Meppen and cement their position at the top of the table.

He will keep trying …

The screenshot was taken from Transfermakrt.de