There are few players who not only achieve great things on the pitch but in doing so have been elevated to the status of a demi god or even a god. Maradona was one of those players. What he did with the ball was outstanding. He lifted his team to win the World Cup 1986 in Mexico just as he lifted Napoli in Serie A to win the Scudetto and European in the late 1980s.

It was suffice for him to put all his abilities into some manic or magic minutes. It was England v Argentina at the 1986 World Cup in Mexico. There was the Falkland War of 1982/83 that has burdened this fixture beyond a mere game of football.

At first, there was the manic moment when a failed clearance by Steve Hodge arched towards his own goal. Peter Shilton in goal came out to punch the ball away only to be beaten by Maradona who outjumped him using his hand. The ball landed in an empty goal. There was disbelief in the faces of the England team as the referee awarded the goal as he has not seen the ball played with the hand.

It was a political occasion, a two finger salute to Thatcher and her cronies dished out on the pitch. Some time later Maradona outplayed several England players, evaded their tackles and body charges only to go round the keeper and slide the ball into the net. It was simply extraterrestrial and those in the stands could probably not believe their eyes what they have seen. FIFA later declared this the goal of the century. 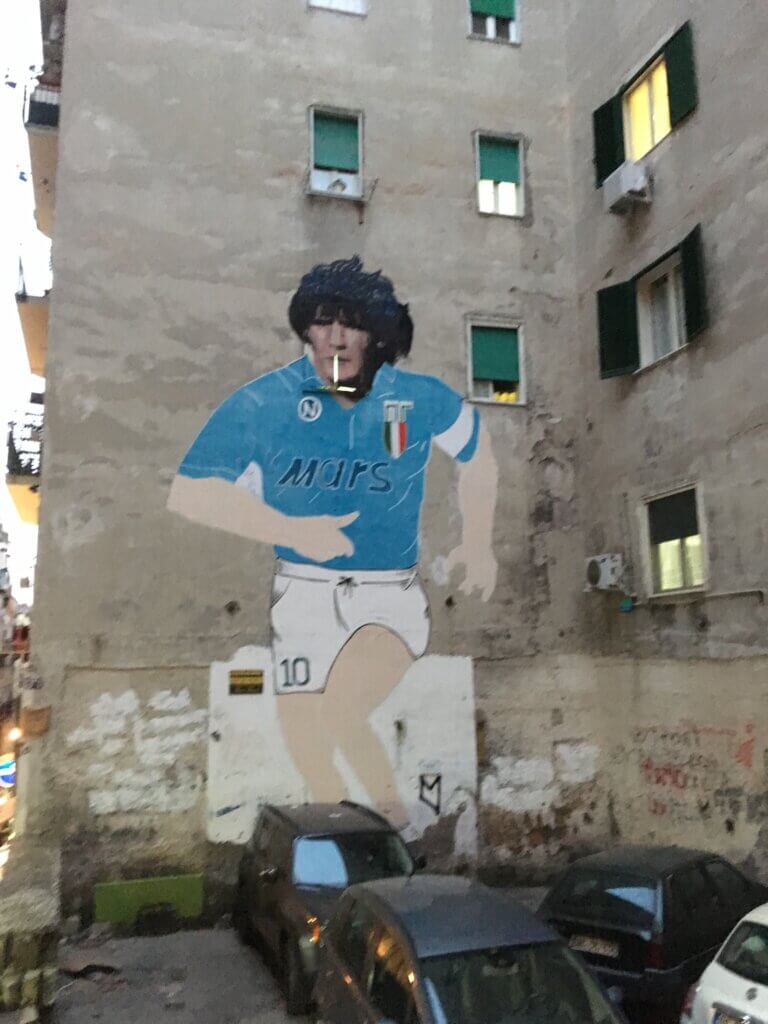 It may sound incredible but Magdeburg have shared a pitch with Maradona in the 1980s in the Cup Winners Cup. Barcelona not only had the little Argentinian on their team sheet but also the German maverick Bernd Schuster. Suffice to say, Barcelona dished out a lesson as they easily won the match 5:1; thus making the return match at Camp Nou a mere formality. No other team has won the Cup Winners Cup more times than Barca: four times have they lifted this cup, twice they were beaten in the final.

His best time at a club came in Napoli, then one of the poorest cities in Italy, if not Europe. There, he managed to win two league titles (1987 and 1990) and lift the UEFA Cup in 1989. It was his best time and the club’s.

On a personal level, Maradona was the only player ever, to adorn my bedroom wall. It was after the 1986 World Cup and I must have found an image of the starting eleven on the pitch in an East German youth magazine.

Go to top
Image: Vincenzo.togni via WikiCommons under CC BY-SA 4.0
Also on: