A comic book review about Zlatan Ibrahimovic who played for Paris and was an icon with the fans of PSG.

In these times any distraction is welcome. France will see the second week of confinement come to an end this Sunday and the most difficult part of it, is to stay indoors when the sun shines and a long winter finally comes to an end. Meanwhile however, time inside has to be spent and what better way to do so with a book. This review is on a comic book by a couple of French graphic designers, Pat Perna and Philippe Bercovici who have dedicated time and effort to Zlatan. Both are established designer of comic books and this volume “In the skin Zlatan” is a wonderful collection of jokes and sketches circling around the player’s personality and self image. There are thirty sketches depicting the former PSG player in several different situations. For instance, we see Zlatan sitting alone in a night club when a lady approaches him and asks him to send her to love heaven which ends with the lady being smashed to the ceiling. Another one sees one club official arguing with him to be more team oriented which he translates as to let the squad work for him: carrying his bags and washing his car. Each of these short sketches end with Ibrahimovic stating something along the lines: “Zlatan likes defending” after kicking a player off the pitch quite brutally or “Zlatan does not like poultry” after being presented with a bird of prey said to be the emblem of the sheikh of Qatar. In all, this is a worthy addition to any library and ideal for a short break in between entertaining the children whilst being confined. The book was published in 2013 at a time when Zlatan possibly hit another peak in his career. Even school French will suffice to get through this and understand most of it. 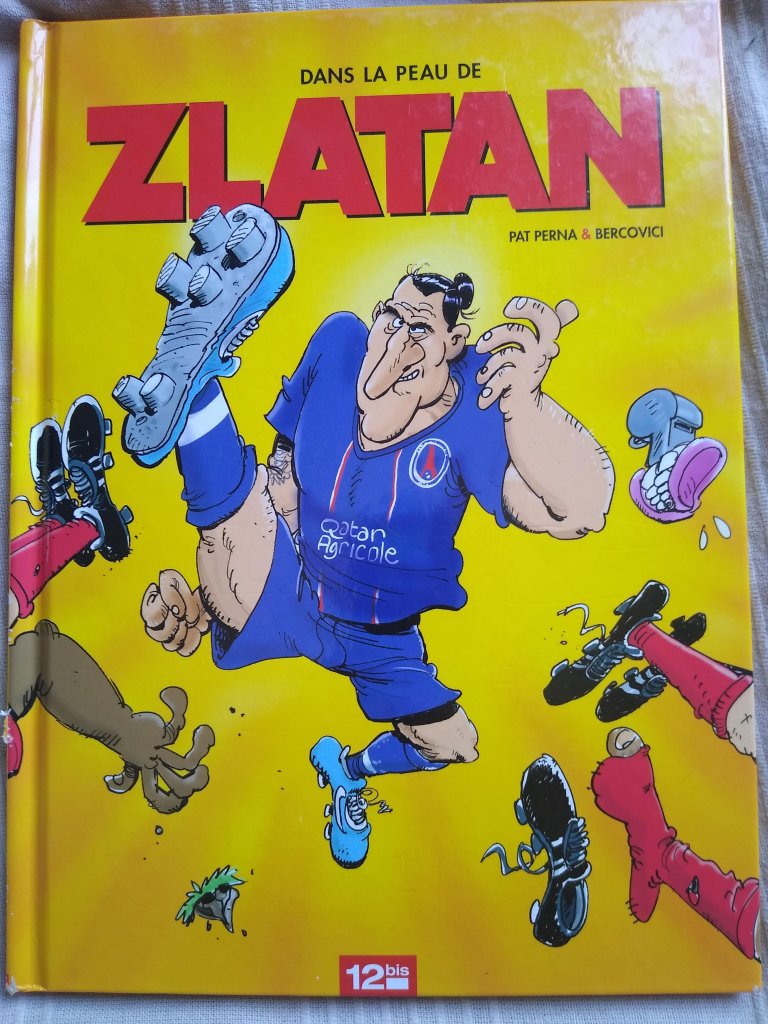 About the Book
The volume “Dans le peau de Zlatan” was published by 12bis in 2013 and a second volume has been published in 2014. The publisher have NOT provided a review copy of this book; the copy was bought second hand just before the shut down of France a couple of weeks ago.
Also on: