While on holiday in the North-West of France I have discovered this old game of table football in a shed next to our accomodation. My son and I regularly engaged in matches which he almost exclusively won. My skills at this game were just as rusty as the set itself. I heavily relied on long balls surpassing the midfield, hoofing the ball from defense straight to the three strikers. Needless to say, these often missed the target while my son launched swift counter attacks to which my goal keeper reacted as if he was frozen: he did not move an iota. Passing movements were scarce, nor was there any hint of a tactical idea tangible. There was no shape in defense which made it easy for the opposition to score. 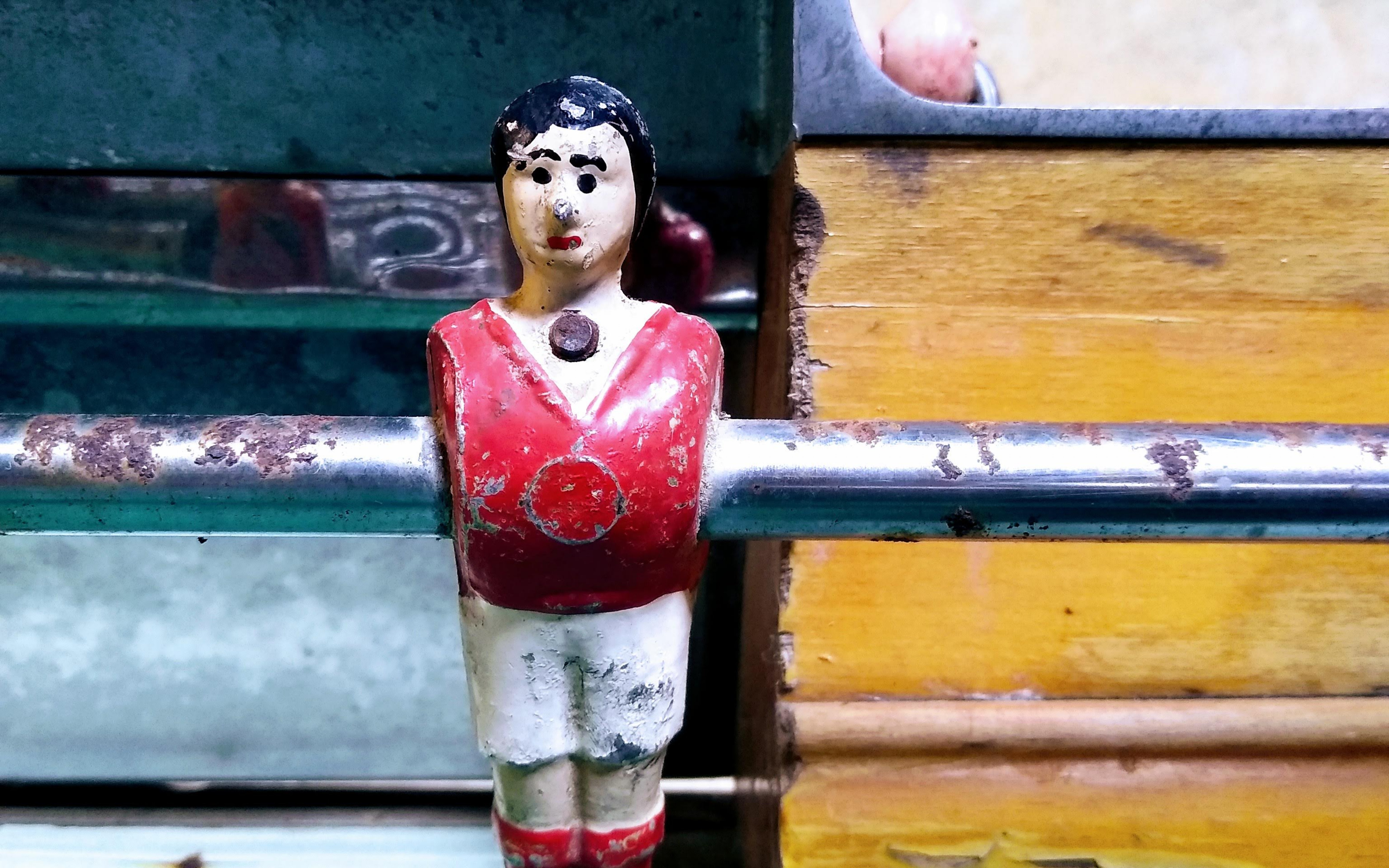 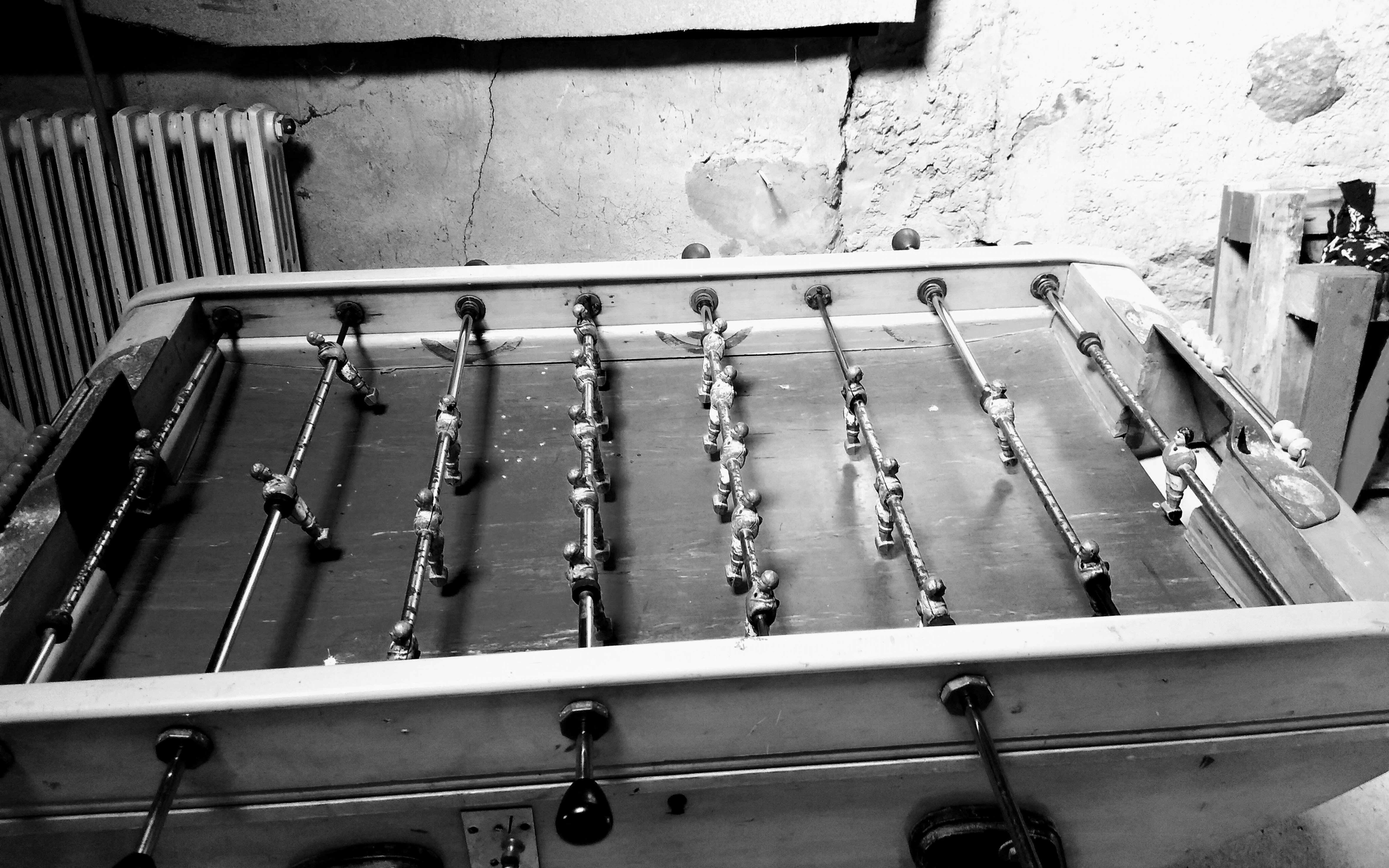 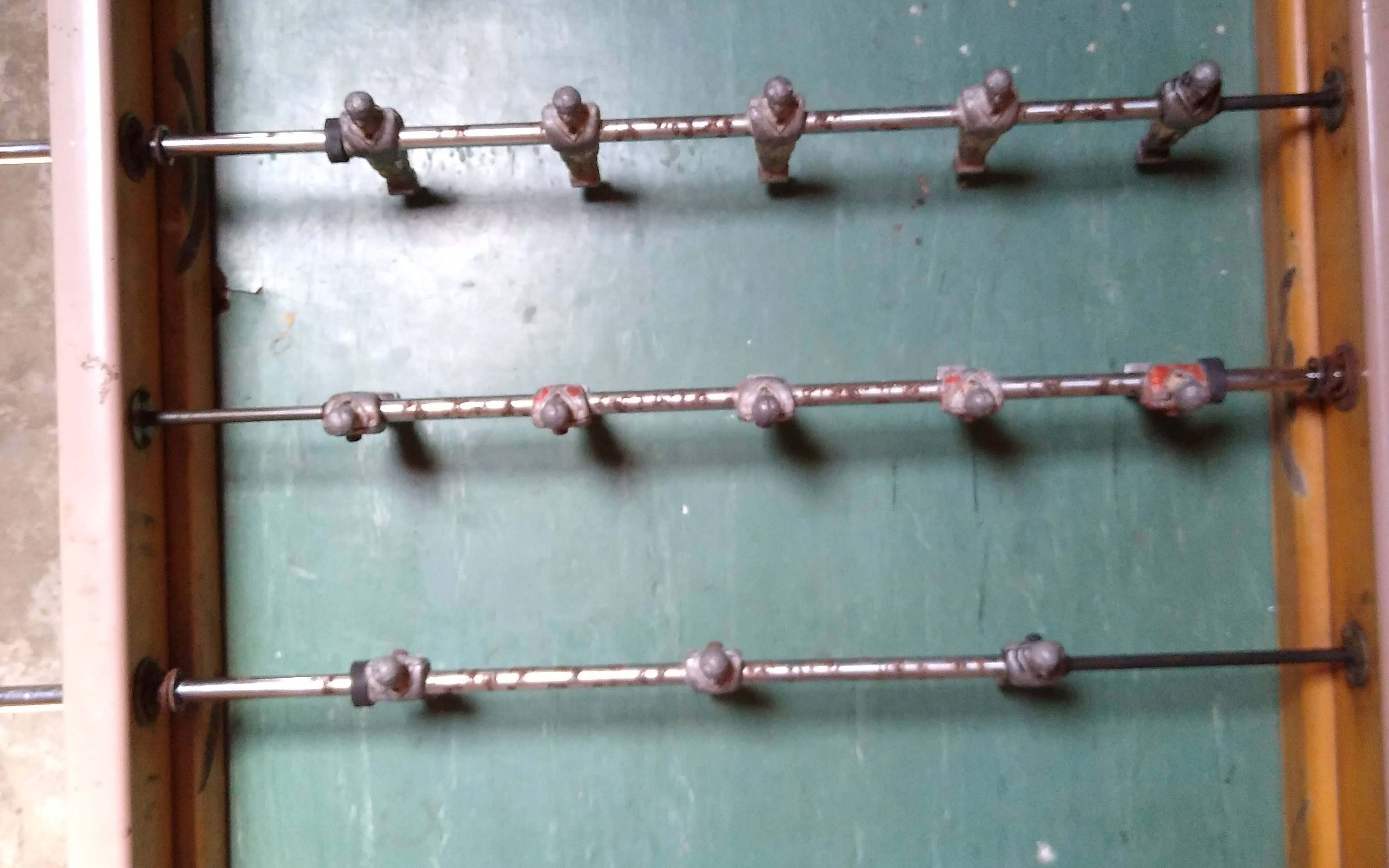 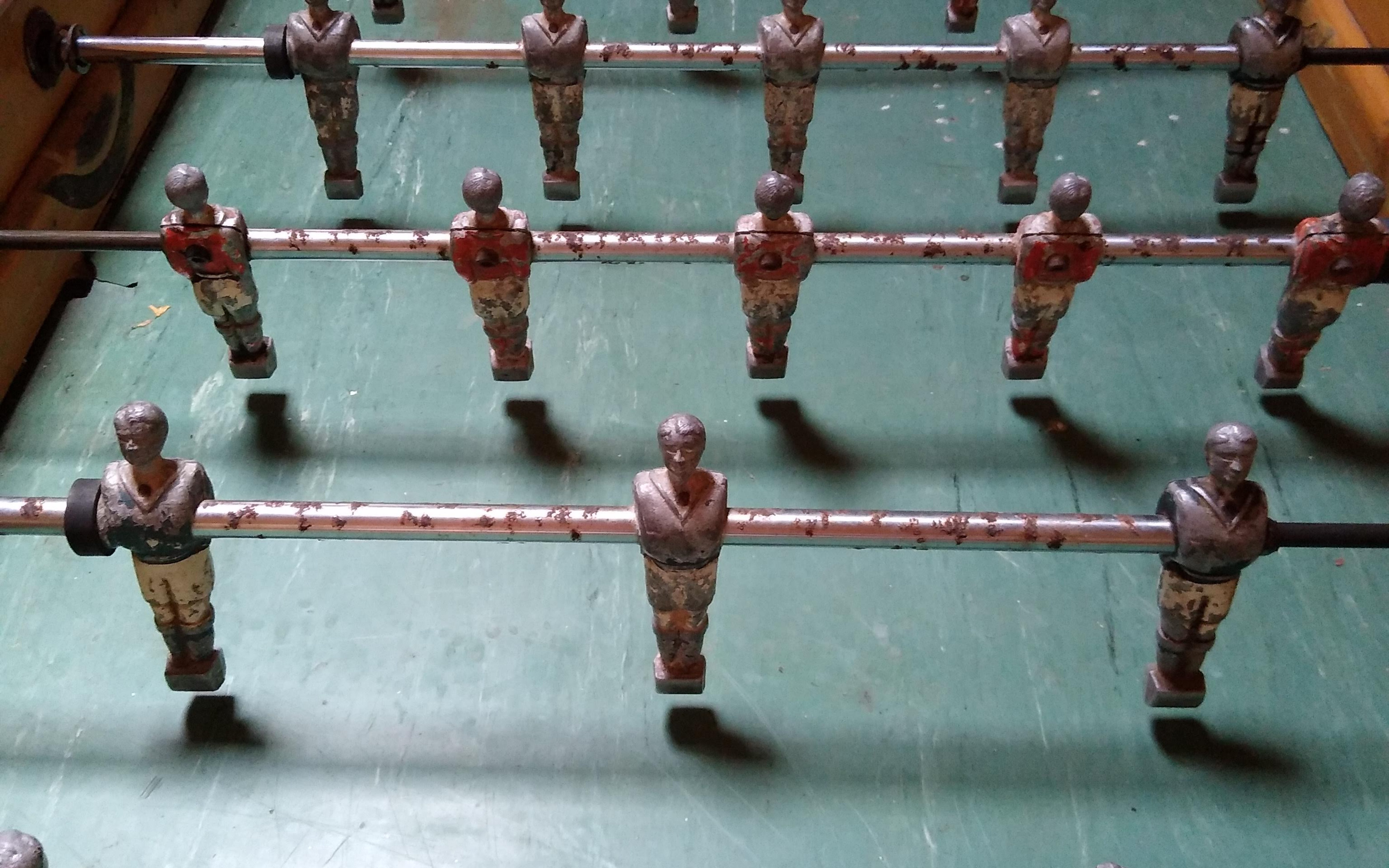 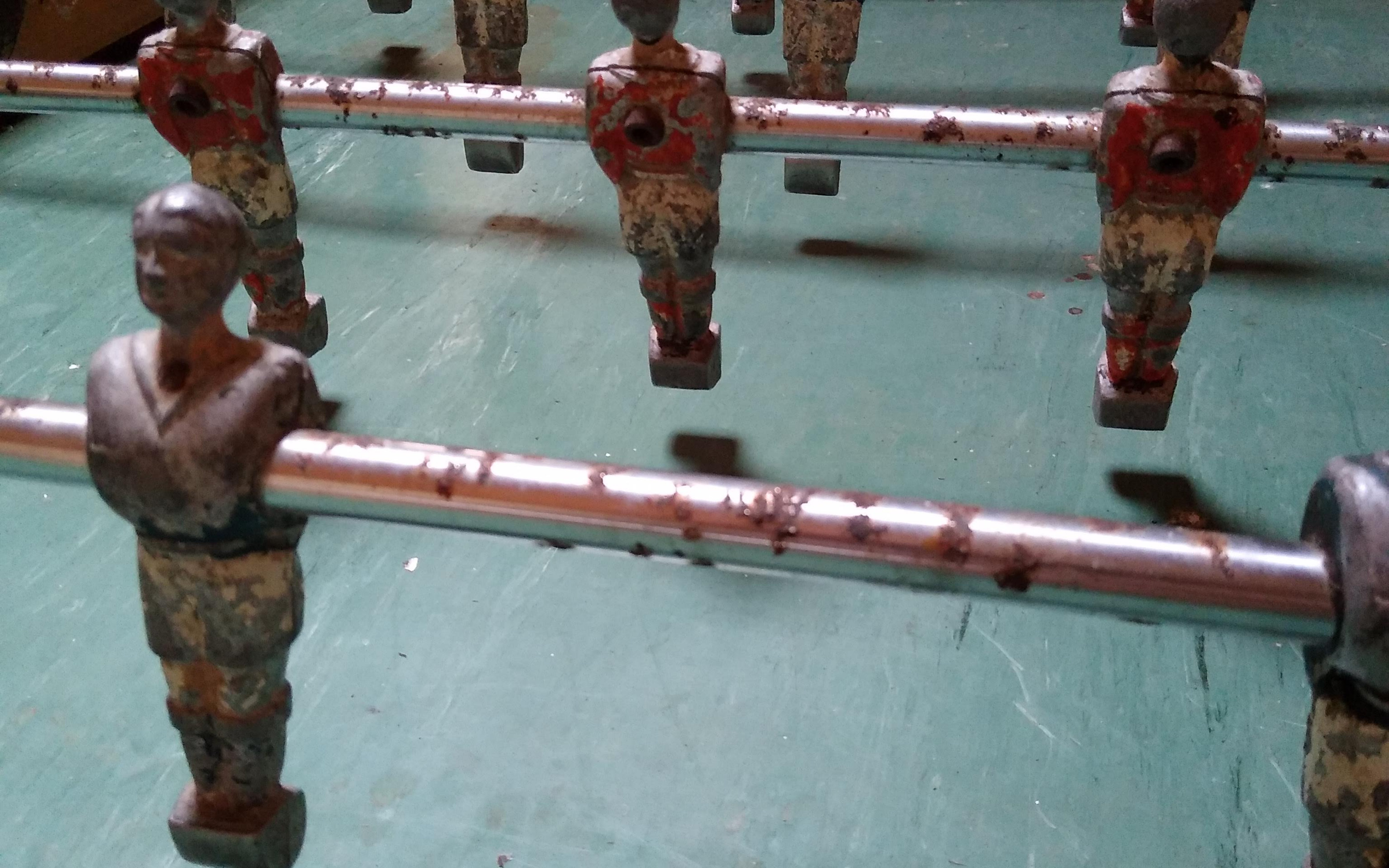 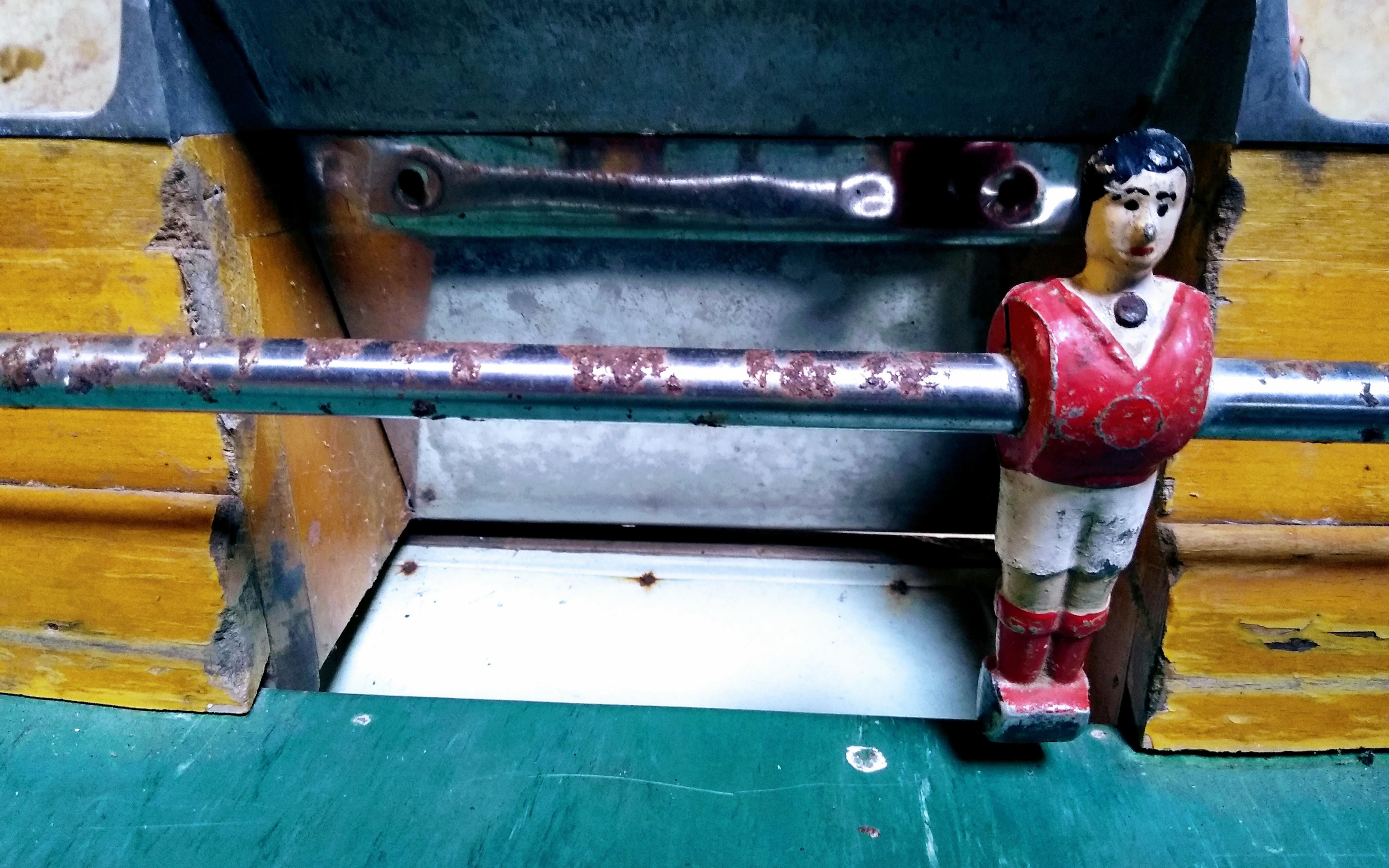 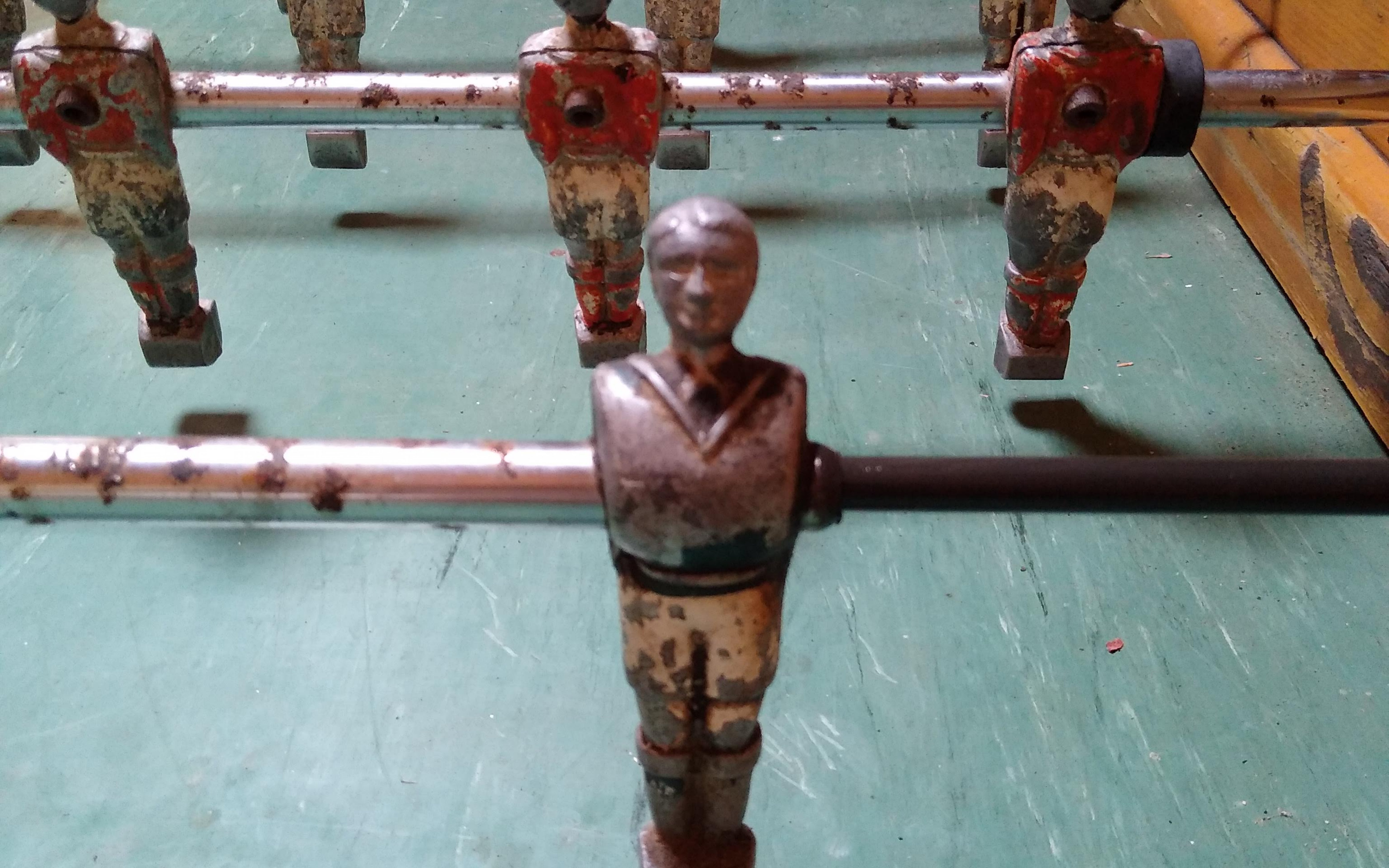 This table set has seen many summers and winters. The floor, i.e. the pitch is bent and makes ball control in some areas of the pitch almost impossible. Some of the seven balls were not round but slightly egg-shaped. For the red team one cone for the goals was missing, so a game was won after only nine goals were scored. However, the bars have been well oiled as they made no noise while turning. Thankfully the shirt colours were recognisable: it was the Reds against the Blues. It was fun to play though at times tedious to be on the receiving end of proceedings. The number of games I won comes up to a possible five, maybe less. The total number of games was somewhere in the 30s or forties. In one way or another it resembled my own playing career: passionate but limited talent.