Another no brainer on paper: China were the favourites and South Africa the underdogs. It seemed that China had almost forgotten that they come with some footballing pedigree. This was close to an embarrassment.

China were favourites not just because their star player Wang Shuang plies her trade in Europe, at PSG in fact and thus enjoyed home advantage but because South Africa participate for the first time in a world cup and probably have no easy group. This however, did not deject them from putting a highly laudable performance.

The game however, kicked off as expected: China exerting pressure from the very first minute but time and again they were denied by a South African defense that did not come to France lie down and die without a fight. The first ten minutes went to China as they recorded a couple of corners that brought nothing but was a sign of their intentions. If there were any intentions China failed to underline them in the following period as they seemed to be insecure as to how to crack this defense. In the process of figuring out their opponents they contemplated often too long and let Banyana Banyana into the match. The south Africans nervousness expressed itself in the lack of precision when going forward. Sadly, this happened too often. Yet, to their credit they never gave up and were determined to keep China as far away from their goal as possible.

Seriously, about China one had to be worried as the team looked disconnected, dishevelled even. The parts of the team were not adjusted despite them enjoying the majority of the possession. Symptomaitc was the gap between defense and midfield which South Africa could only partially exploit. During the first half Ode Fulutidilu made a number of runs down the middle and as the gap, the hole rather, allowed such runs. Alas, upon receiving the ball she found herself alone too often to exploit this weakness even further. 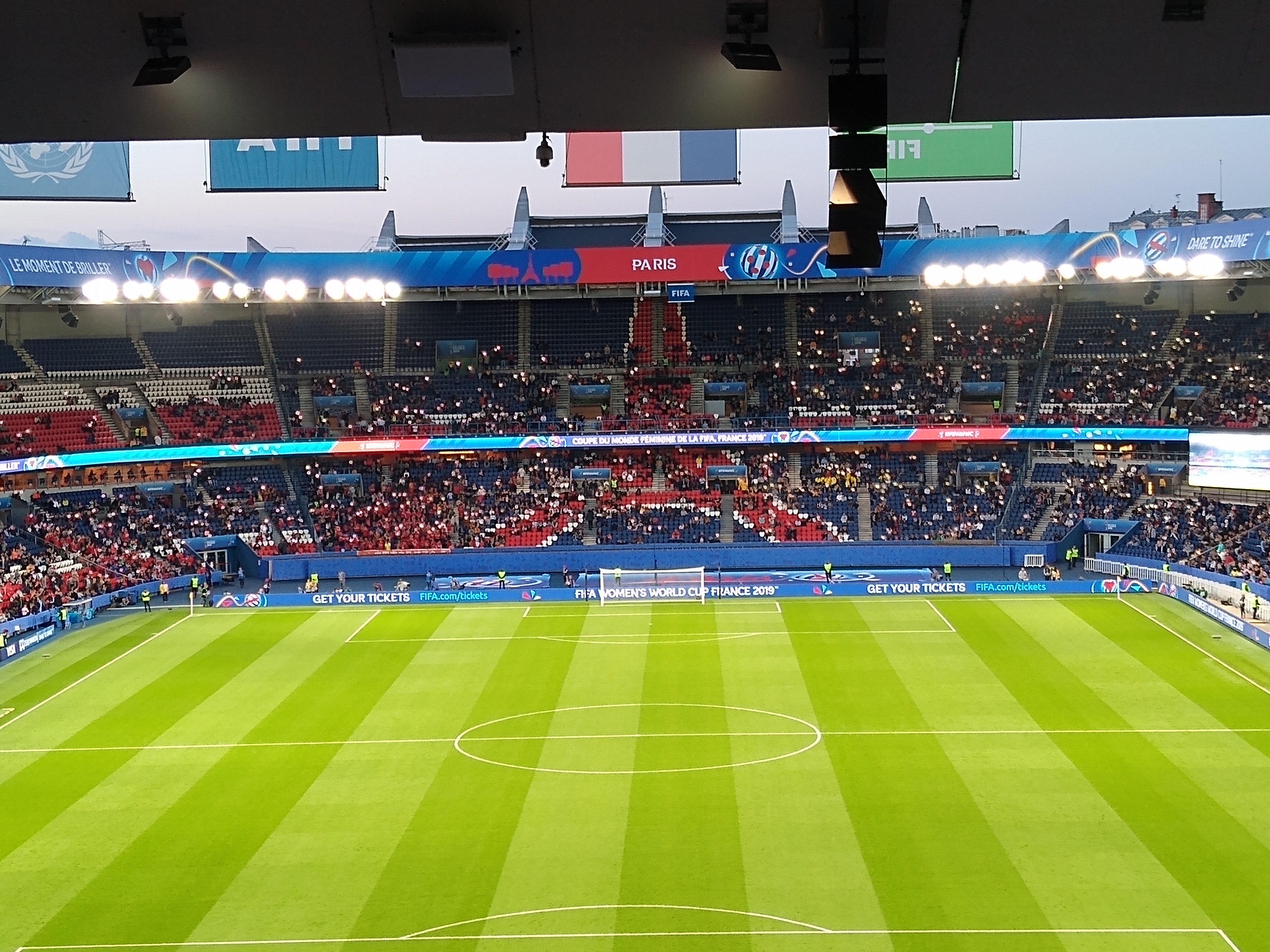 The match ebbed around the midfield for large parts of both halves with some forward movements here and there but not much happened other than South African confidence growing that something might be possible. This was epitomised by a curled shot after 37 minutes that went wide. Only a minute later Wang Shuang was in the penalty area rushing towards goal only to be pushed wide by South Africa’s Janine van Wyk.

And suddenly out of the blue, China scored. A ball from inside right by Zhang into the box found Li Yin who was sliding and pushing the ball over the line from six yards. With 40 minutes gone and the goal just before half-time, there would be time for South Africa to respond.

And respond they did, though only after ten minutes of the second half have been played; from then on they dominated or at least stifled China so much that the Asians went awol. Unfortunately, Banyana could not convert this grip into goals as each time they went forward they played too hectically and imprecise which cost them a lot of effort and a lot of time and energy.

The line-up of South Africa in four-five-one suggested a defense minded approach to the match but more often than not this became a three-six-one when they were in possession.

The final ten minutes belonged again to China as they pressed for the second goal. This was a moment for the South African keeper, Kaylin Swart to shine. Three times in a row she saved superbly from close range, particularly two saves durig injury time stand out as she blocked two efforts by China’s Yao Wei.

The short comings of South Africa besides their lack of experience was also that they never worked out to stay onside when a pass behind the defense was played. This was evident throughout the game. China were insecure and never looked as though dominating the match. The goal flattered them, it did not justify their celebrations least of all their lap of honour after the final whistle.

Officially, the player of the match was Li Ying but this accolade should be awarded to Thembi Kgatlana instead who worked tirelessly and never let her opponent settle into the match. Her cross field pass with the outside of her right foot was world class and was not matched by the Chinese whose preference were the swift turns when surrounded by three opponents. The Chinese player also did not deserve it as she did not acknowledge the crowd when coming off after 78 minutes. 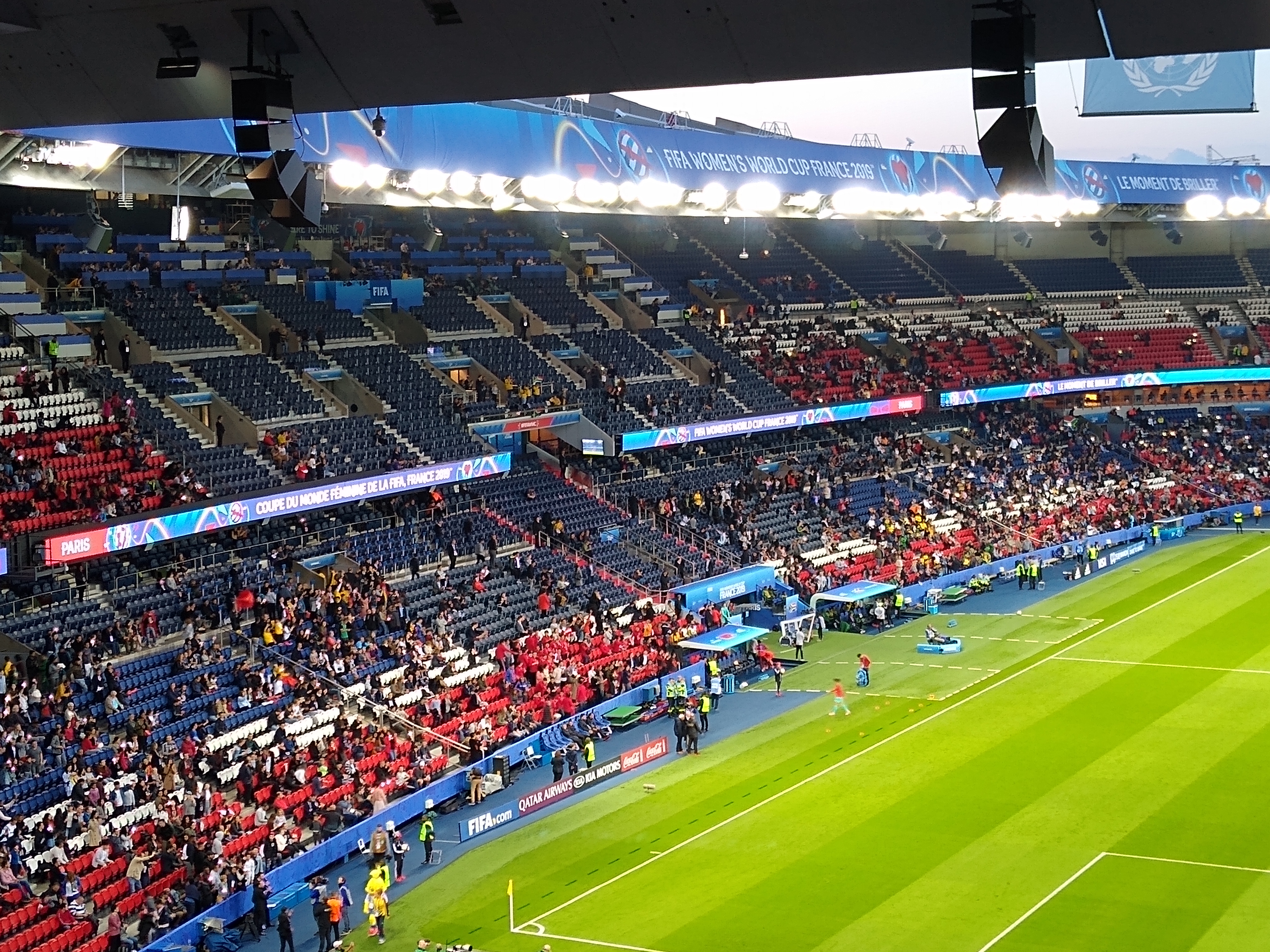 The result meant certainly the end of South Africa’s World Cup adevnture this time around. They will face Germany in their final group match. For China to progress they really have to up the ante as Spain outplayed Germany for large parts of the encounter and Spain were unfortunate not to win. If China want to reach knock-out stage a big change has to happen not just on the field but also mentally. South Africa can return home with their heads held high. They have done themselves proud here.