Uruguay: A Past That Promotes The Glory Dream ⋆ An Old International
Menu
19 June 2018

The World Cup is upon us. Everyone who is in the slightest interested in football will tune in and watch, discuss and remember. Juan Carlos Luzuriaga is a Uruguayan and describes what the history and the present have in store for Uruguayan football and football fans.

When there are still a few days left until the celebration of the 2018 Football Championship in Russia, the population of Uruguay are mostly absorbed by the expectation that it generates.
A specialized foreign journalist who visited the country would be moved by the passion generated by football and missed by the speculations that Uruguayan fans and press carry out regarding the development of the World Cup. It could be defined in that perspective, as a country “without a mirror”. The background of the last two World Cups of 2010 and 2014 are good in relation to the previous thirty years; but they are not particularly exceptional.
The international logic assumes that the Celeste Selection of Uruguay can overcome its group featuring the host nation Russia, Saudi Arabia and Egypt but that it hardly eludes the next rival that is presumed to be Spain or Portugal. That logic is dismissed by most of my compatriots. The analyzes that are carried out daily by the fans discount – although they do not deny the hierarchy – the elimination of Spain or Portugal and they see the celestial ones follow quickly towards other rivals. These pretensions and hopes of the fans are based in part, obviously, on the performance of the last two world championships and particularly on having two strikers of great international standing: Edinson Cavani and Luis Suarez. It is complemented by the rest of the team that shows work in conjunction with midfield and defense with some solidity, valued in international parameters. 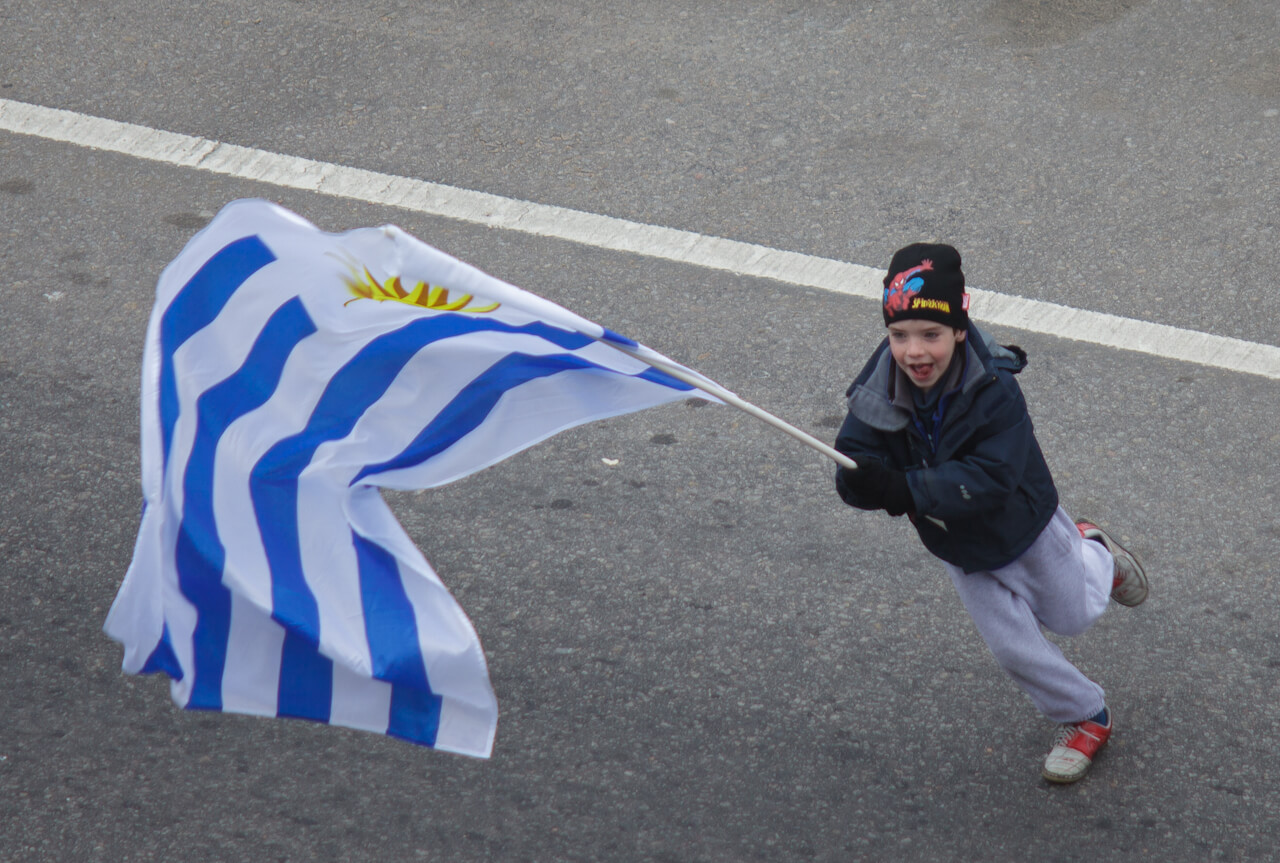 Once the visible sports credits are indicated, we turn to the intangibles. These are linked to a past of glory that begins in the triumphs in the Olympic Championships of 1924 and 1928 to consolidate in the first World Championship of 1930. Twenty years later, in 1950, the sporting glory kisses again the front of the Sky Blue Selection: Maracana.
The final of Maracana was defined as one of the matches of the century. The Uruguayans reached the final hard, Brazil with goals. In that particular championship both rivals arrived in different conditions. The locals, supported by almost 200,000 spectators, reached reached the final with a total of 21 goals scored, Uruguay had only 13 to their name, eight coming from a match against Bolivia. At half time it was still 0-0. How could they lose? was the question for Brazilians as just after half time when Friaca scored after fine work from Ademir and Zizinho. The response by the Uruguayans was quick and quite the opposite of what was expected. They hit back and scored twenty minutes into the second half and did so again ten minutes before the final whistle. Ghiggia made it a historic 2-1 for Uruguay.

All titles of Olympic or World Champion – the most recent almost 70 years ago – are always remembered, generation after generation of Uruguayans. Each World Cup that Uruguay participates is remembered with unction. Television and Radio programs are multiplied: historical, journalistic, even questions and answers. Round tables, books and magazines are presented, linked to the World Cups and to the participation of the country in them.

An essential component of this process is to measure what Uruguay is like in the World. A small country of just over three million in population in the direct a neighborhood of Buenos Aires or San Pablo. Uruguay is a primary exporter of raw materials and an active participant of UN Peace Missions, Uruguay has few headlines in the news worldwide.
For the Uruguayans, the world triumphs in football have Homeric characteristics. It is felt that these achievements shape the national identity and reedit, particularly in Maracana, the triumph of David against Goliath. With innocence, perhaps childish and romantic, one dreams that it can be repeated. The dream is shared by fans, journalists, leaders and players. It has a very simple logic. If the victory has already occurred in other championships, it can happen again, couldn’t it?

About the Author
Juan Carlos Luzuriaga was born in 1956 in Montevideo and is the coordinator of the Football Studies Group of Uruguay (GREFU) with Andrés Morales. He is a historian and teaches at the Teachers Institute and the University Institute of the Christian Youth Association.
He is the author of Montevideo Cricket Club; más de 150 años haciendo historia (MVCC 2017) and El Football del Novecientos 1875-1915 (Taurus, 2009) and regularly publishes articles in journals and magazines.
Also on: