Every tournament is accompanied with tons of memorabilia: books, shirts, scarves and of course: the compulsory Panini Album. As always there are alternatives and one of them is giving part of the money to a good cause.

It’s the World Cup and for weeks and months the excitement has been rising, largely due to the media which fan the flames with stories. Another source of excitement is of course the traditional Panini Sticker Album that hits the stores in spring before each tournament. Boys and men alike start collecting and putting the stickers in their places. This year’s album contains 682 stickers which is quite a lot and has led a mathematician to calculate that in order to get the album completed you would have to spend almost £800:

This figure is significant and could have been a lot lower had not the price of a bag increased from 50p to 80p or from €0.75 to €0.90 for continental readers. This is a significant increase and no doubt will leave many frustrated. One point that could lower this figure is of course the possibility to swap doubles with friends and colleagues as well as online exchange places. This is turning the art of collecting into more than just a pastime, it becomes a job. And a tough one as such.

What if there was an alternative, one that offers something entirely different and on top of that helps a good cause? This alternative is the Tschutti Heftli from Switzerland. Tschutti is Swiss slang for football and the album is a work of art as is each of the stickers. Each country is designed by a different artist, therefore each country looks different and is not a sterile photograph. Moreover, each bag contains 10 stickers and cost €1.50 of which 9 cents will go to an organisation such as Terre des Hommes, Switzerland. The company has been in business for ten years now and offers their sticker collection every two years, for the European Championship as well as the World Cup. 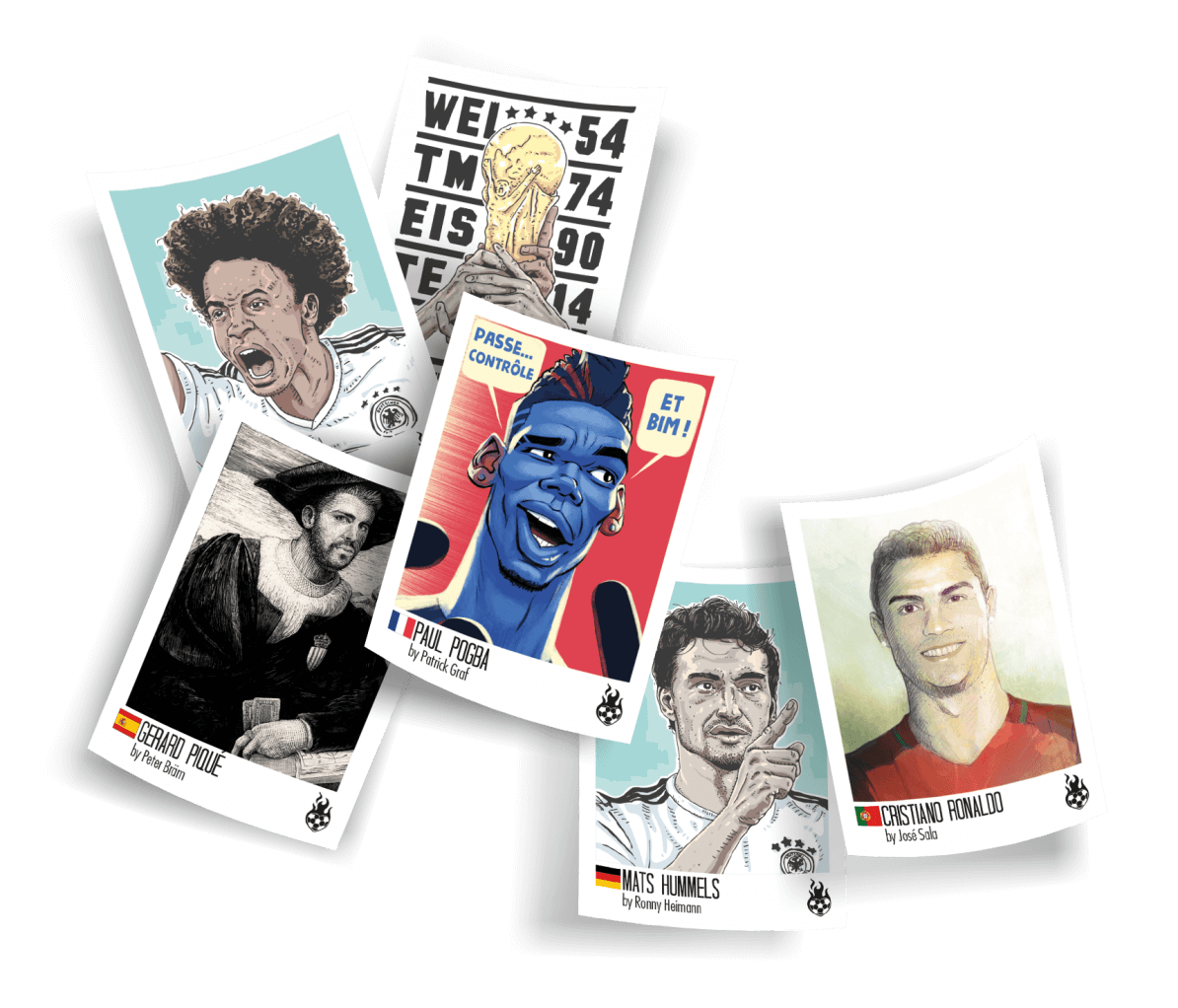 My personal experience is that after buying 13 bags of each album Tschutti has the better ratio: there is only one double from 130 stickers whereas the Panini album of my son has already 6 doubles with not even hundred stickers in total. That’s not good enough.

One thing that both have to work on is a way to peel the stickers off the paper. Without finger nails this is almost mission impossible.

Availability of Tschutti stickers is somewhat difficult as no news agent in France has them in stock and you have to order them online. My order of ten bags was made expensive by the fact that there were €10 added for P&P. The package was out of order in size: 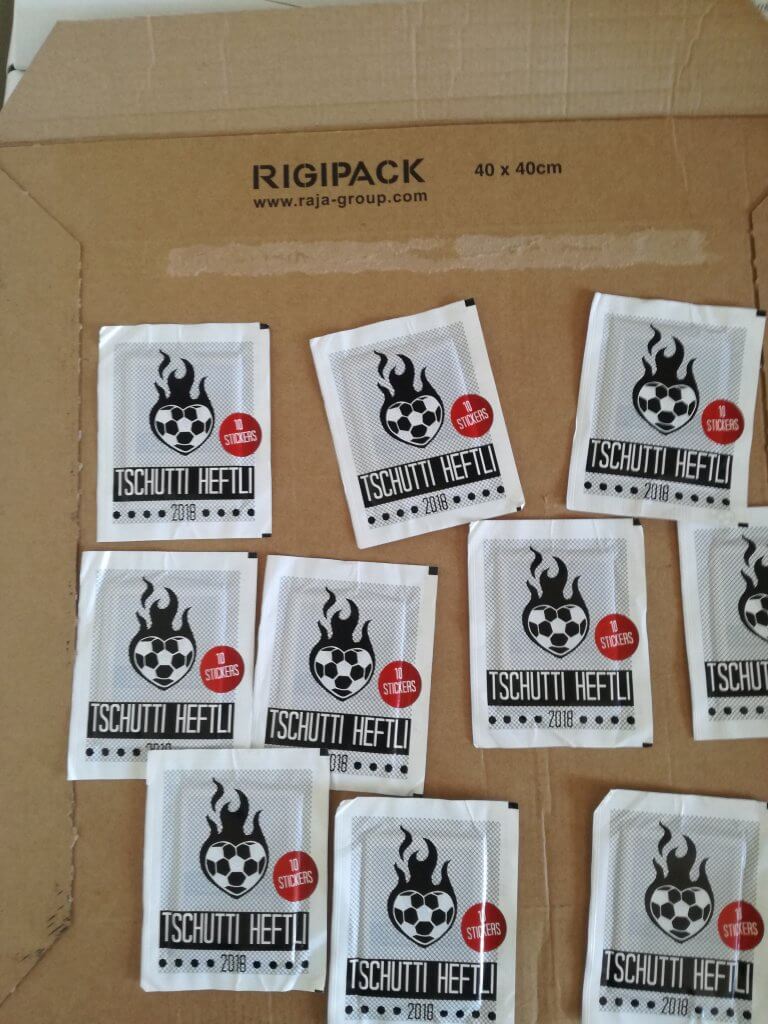