As this blog celebrates its eighth anniversary in June it is time to remember the name sake, the original Harold Donald Davies also known as Don Davies who signed his match reports for the Manchester Guardian with ‘Old International’. Davies and eight of his colleagues travelled with the Manchester United team to Belgrade and reported about the match; it was to be his last report.

Who would be a weather prophet? At Belgrade to-day in warm sunshine and on a grass pitch where the last remnants of melting snow produced the effect of an English lawn flecked with daisies, Red Star and Manchester United began a battle of wits and courage and rugged tackling in the second leg of their quarter-final of the European Cup competition. It ended in a draw 3-3, but as United had already won the first leg at Old Trafford by 2-1 they thus gained the right to pass into the semi-final round of the competition for the second year in succession on a 5-4 aggregate. 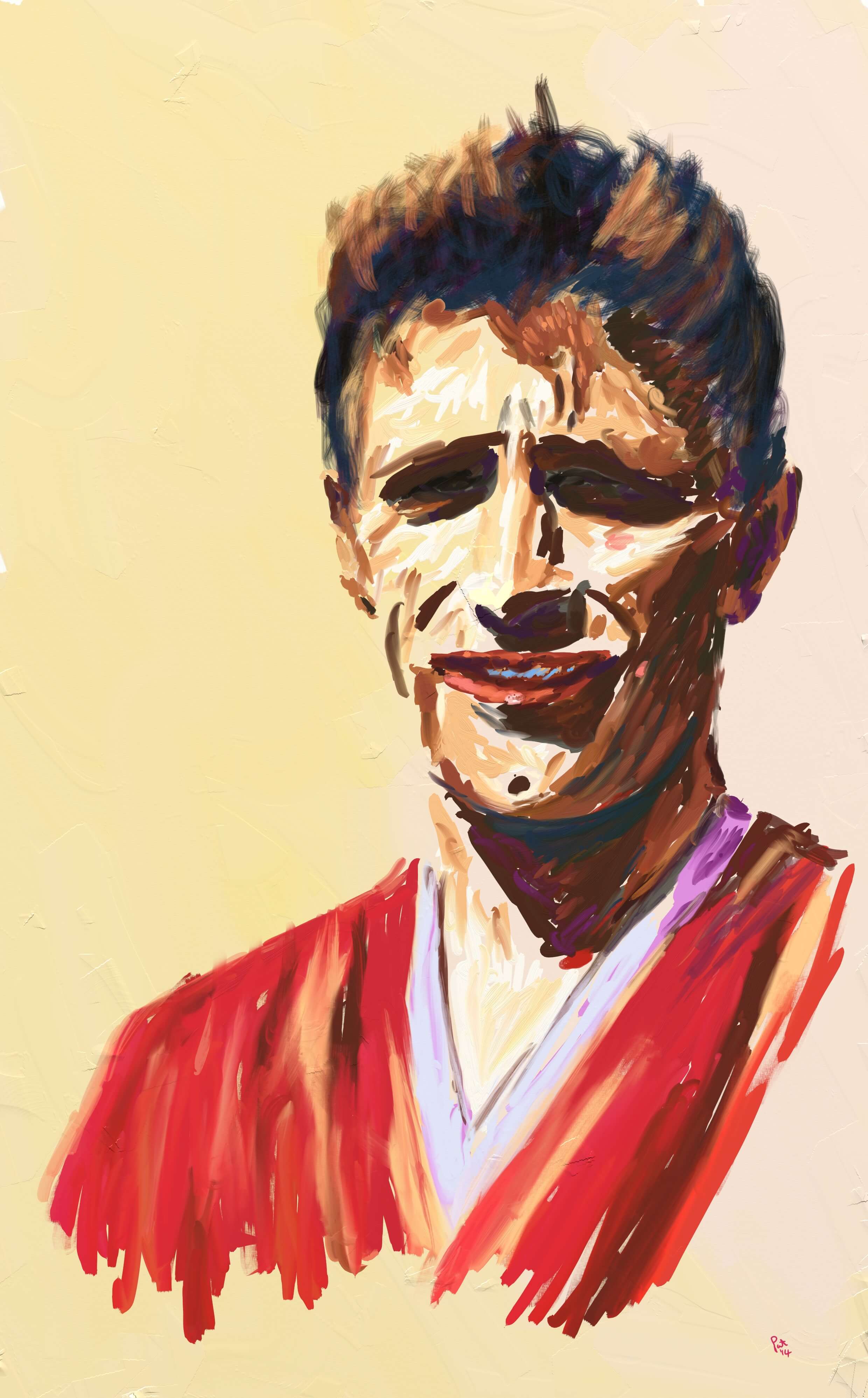 Much to the relief of the English party, and to the consternation of the 52,000 home spectators. Viollet had the ball in the net past a dumbfounded Beara in 90 seconds. It was a beautifully taken goal – a characteristic effort by that player – but rather lucky in the way a rebound had run out in United’s favour. But, as Jones remarked, “You need luck at this game”; and he might have added, “a suit of chain mail also would not have come amiss”. A second goal almost came fourteen minutes later, delightfully taken by Charlton after a corner kick by Scanlon had been headed on by Viollet, but this was disallowed, because of offside, by the Austrian referee whose performance on the whistle so far had assumed the proportions of a flute obligato. That was due to the frequency with which fouls were being committed by both sides after Sekularac had set the fashion in shabbiness by stabbing Morgans on the knee. But in spite of the many stops and starts events in the first half ran smoothly for United, on whose behalf Taylor led the line like a true Hotspur. Other factors telling strongly in Manchester’s favour at this time were the clean hands and sound judgment of Gregg in goal.

Further success for United was impending. Charlton this time was the chosen instrument. Dispossessing Kostic about forty yards from goal, this gifted boy leaned beautifully into his stride, made ground rapidly for about ten yards, and then beat the finest goalkeeper on the Continent with a shot of tremendous power and superb placing. There, one thought, surely goes England’s Bloomer of the future. Further evidence of Charlton’s claim to that distinction was to emerge two minutes later. A smartly taken free kick got the Red Star defence into a real tangle. Edwards fastened on the ball and did his best to oblige his colleagues and supporters by bursting it (a feat by the way which he was to achieve later), but he muffed his kick this time and the ball rolled to Charlton apparently lost in a thicket of Red Star defenders. Stalemate, surely. But not with Charlton about. His quick eye detected the one sure route through the circle of legs, his trusty boot drove the ball unerringly along it. 3-0 on the day; 5-1 on the aggregate. Nice going.

As was natural the Red Star players completely lost their poise for a while. Their forwards flung themselves heatedly against a defence as firm and steady as a rock; even Sekularac, after a bright beginning in which he showed his undoubted skill, lost heart visibly and stumbled repeatedly. Nevertheless there was an upsurge of the old fighting spirit when Kostic scored a fine goal for Red Star two minutes after half-time. It ought to have been followed by a second three minutes later when Sekularac placed the ball perfectly for Cotic. Cotic’s terrific shot cleared the bar by a foot, no more. Next a curious mix up by Foulkes and Tasic, Red Star’s centre forward, ended in Foulkes falling flat on top of Tasic and blotting him completely from view. According to Foulkes Tasic lost his footing, fell over and pulled Foulkes over with him, but it looked bad, and the whistle blew at once with attendant gestures indicating a penalty. Tasic had the satisfaction of converting that one, although his shot only just evaded Gregg’s finger tips. 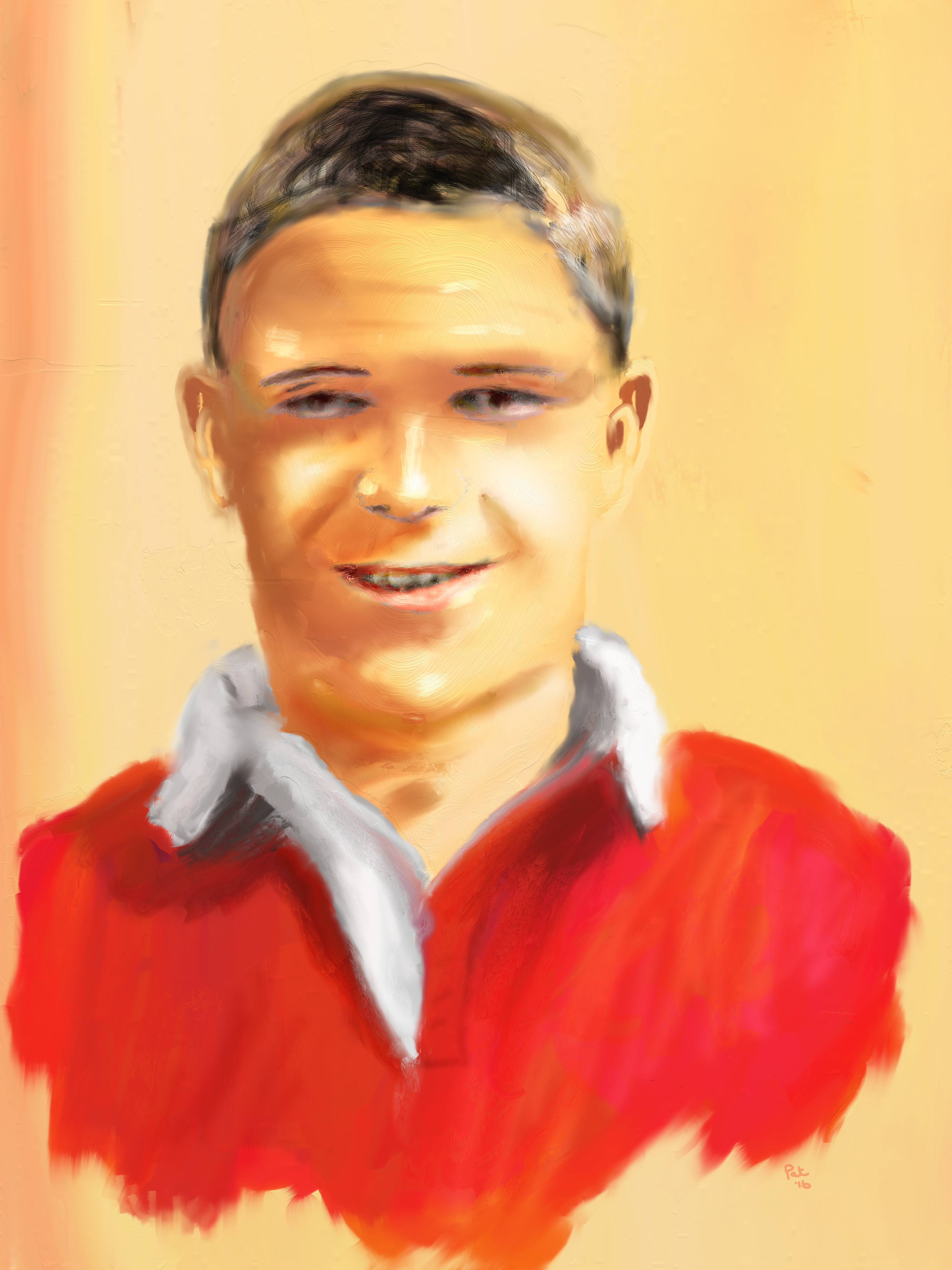 The score now was 3-2 and the crowd broke into an uncontrolled frenzy of jubilation and excitement. So much so that when Cokic failed to walk the ball into a goal that was completely unprotected – Gregg was lying hurt and helpless on the ground – a miniature repetition of the Bolton disaster seemed to occur at one corner of the arena. Down the terraces streamed a wild horde of excited spectators eager to help Cokic administer the final touch; and dozens of spectators hung limply along the concrete walls with the breath crushed out of their bodies.

On the 60th anniversary of the Munich air disaster – this is one man's emotional recollection of the moment he heard the plane his dad was on, had crashed pic.twitter.com/fwSfJhQaNm

A quarter of an hour from the end Red Star, with their confidence restored, were wheeling and curvetting in their best style, and United’s defenders had to fight their way out of a regular nightmare of desperate situations. It was significant that United’s inside forwards were not coming back to chase the ball as they had done so effectively in the first half and this, of course, added pressure on the rearguard. As soon as the fault was rectified the Red Star attacks, though frequent enough, lost something of their sting. In fact, United began to pile on the pressure at the other end and once Morgans struck a post with a glorious shot. Then we saw as brilliant, and at the same time unlucky, a save as Gregg may ever experience.

In dashing out and snatching the ball off Tasic’s feet on the fringe of the penalty area, Gregg had the misfortune to roll forward still holding the ball, and so handle it outside the area. Kostic’s free kick (according to Viollet) struck the side of Viollet’s head and gained thereby such a tricky curve that Gregg could only palm the ball into the net. Three all. Yugoslavians’ tails up now with a vengeance, and only one goal required to enforce the dearly sought replay. But only three minutes remained for play, and Jones, Foulkes, Byrne, Edwards, and Colman saw to it that that goal never materialised.

The match report was taken from Jack Cox’ biography ‘Don Davies – An Old International. To date it is the only biography about Don Davies

. It was published in January 1962, four years after his death. Cox had planned the book for some years before Davies finally agreed to have it written. It follows his upbringing and career in the Black Country and Northwest of England.