The first rays of sun last Saturday saw the top game of the French third division between Red Star FC and Grenoble FC 38. Grenoble came as second, Red Star were just behind them separated by mere two points.

The top game began in top fashion with the visitors recording the first chance when Benet tried to lob the ball into the net. It marked a period of sustained pressure from Grenoble that lasted the first fifteen minutes of the match. Only then did Red Star response. The ball was worked into the area of Grenoble with a nice one-two between Diallo and Toudic on the right before the latter passed to the onrushing Mhirsi whose shot went just wide. Following this was a period of midfield play that did not bring anything noticable from either side. It was after 42 minutes when Toudic tried his luck from a distance only to see his shot towards the top corner of the goal punched away by Maubleu in the opposite goal. The last action before the break belonged to the visitors from the Isére region of France. Red Star lost the ball in midfield and came to Elogo. He ran a few metres before unleashing a shot towards goal. Alas, it went wide. That was half-time.

The first half was entertaining from both sides, yet the hosts appeared to be second winner to almost any loose ball in midfield and could not contain Grenoble. Up front Red Star lacked ideas and the spark to unlock the defense of Grenoble. The visitor’s game plan was to sit deep and let Red Star make the game and push forward at the counter. More than once Les Audoniens obliged: losing the ball easily, providing time and space to Grenoble to roll forward. Alas, the visitors did not reap any rewards from their attacks.

For the second half Red Star changed: Harouna Sy came to replace Matthieu Fontaine on the left wing. His impact was minimal for large parts of the half, only during the final fifteen minutes did he come to life and feature regularly in Red Star’s attacks. This was one point which made life to difficult this afternoon for the hosts. Almost all attacks came from the right wing, the left was almost deserted. This allowed Grenoble to adapt easily. Long balls over the top did neither help to produce an opening. It was one of these days where it was just not happening for Red Star. Instead, Grenoble scored after 52 minutes and at this point it was deserved as they seemed to have the game in their grip. 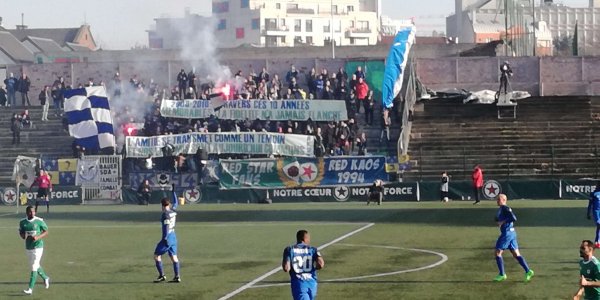 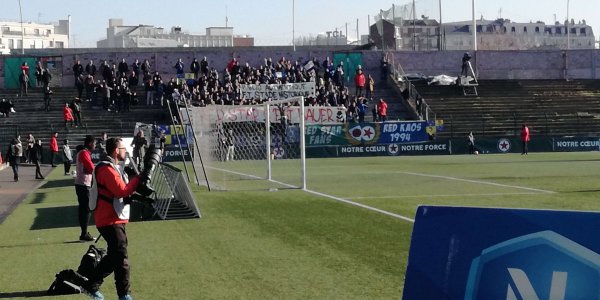 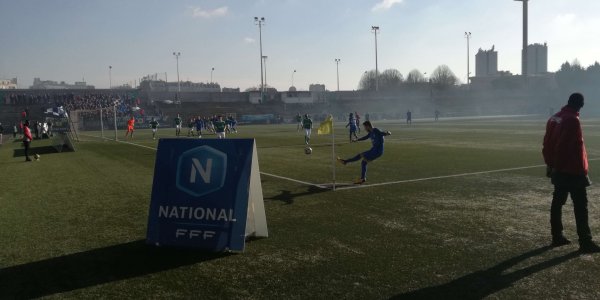 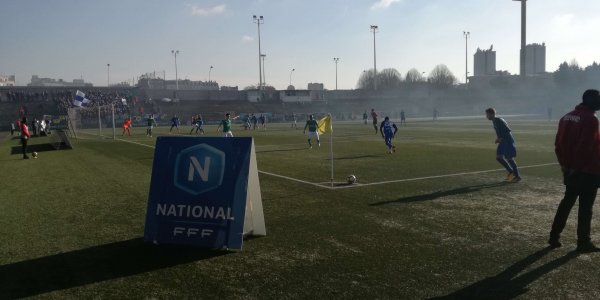 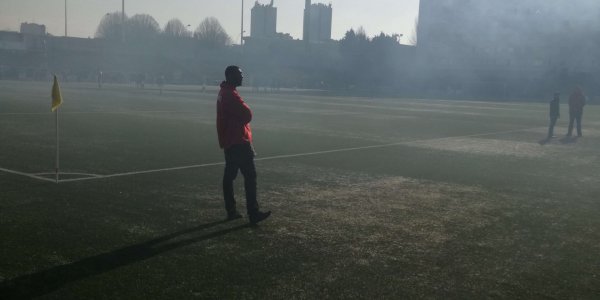 The ball was passed forward with time and precision and circulated around the penalty area of Red Star before Nicolas Belvito took it upon him to shoot. The shot was deflected and left Sauvage in the home team’s goal no chance to get his hands on the ball, let alone keep it out of the goal. Red Star were shocked and paralysed and could not find an immediate response to the new situation. It took them ten minutes before they would record another chance. It was their best player on the day, Mhirsi whose shot went just over the cross bar. The response from Grenoble came immediately and almost doubled their score. A corner from the left by Benet and Sotoca met the ball perfectly. It went wide though, but just wide. The Stade Bauer sighed with relief.

From this moment on it was now Red Star pressing forward and trying to force an error from Grenoble to level the score. This did not happen. Their attempts were too obvious too hectic. More than once, the crosses from the right lacked precision or were simply overhit. Red Star want to return to Ligue 2 but it will be long way up and an even harder way to stay up. However, they have met a strong team from Grenoble who came with a game plan and took their time to execute it. They went home with three points and a two point advantage over Rodez in second place and more importantly, a five point cushion to Red Star in third. Third place means to play out a relegation play-off against the team third from bottom of Ligue 2. Something that Red Star really want to avoid as it could render their season futile when losing these two games at the end of this season.

Friendship on the Terraces

Such a top game also brings with it a certain atmosphere. That the Stade Bauer is rocking is no secret and has been documented on this blog. A game of such importance lives off the noise created. That there was such a thing as an atmosphere was largely due to the home support who were noisy as always throughout the ninety minutes. Yet, the away end was also lively and noisy as Grenoble had about 150 to 200 supporters with them. Surprisingly, the mood between the two kops was friendly. There were banners held up by the visiting fans underlining the good relationship and after the final whistle, both teams went to applaud both sets of fans! This must be a unique relationship between two clubs with a lot of tradition and history. It all began in 2008 when a group of Red Star ultras went to Lyon to watch their team play the second team of Lyon. The previous day they have been to watch Grenoble play Angers. It was the beginning of a friendship between fans that is rarely seen among supporters. Should both clubs go up, the atmosphere will be electric whenever and wherever either team will play. Surely, they will rock Ligue 2 with their numerous and vociferous support.